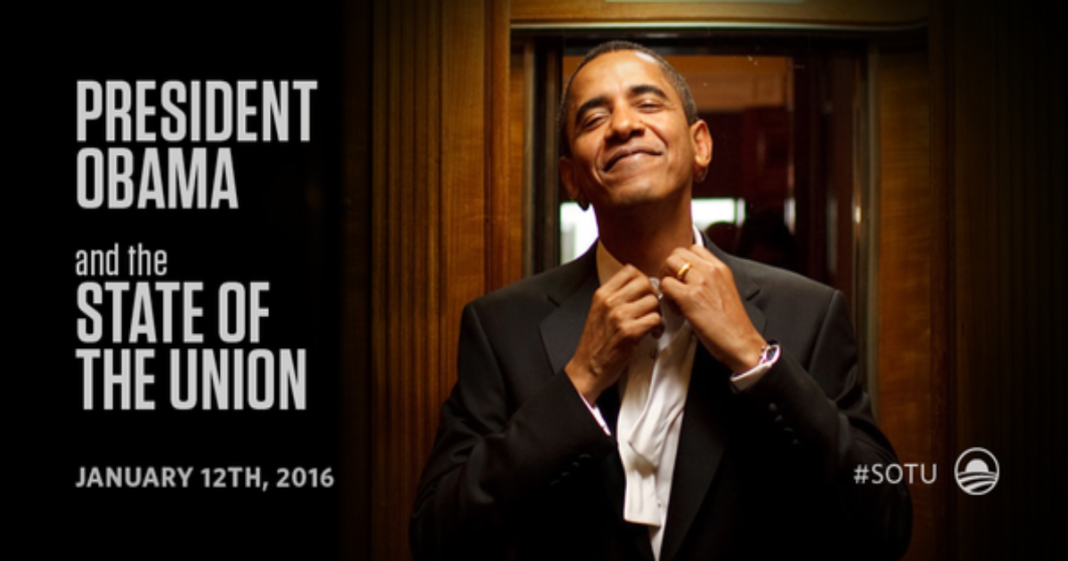 On the “Daily Show” Monday night, correspondent Roy Wood Jr. talked about what American’s can expect from Tuesday’s State of the Union address, noting that during Obama’s final address, the POTUS has “No more f*cks to give.”

Wood used this image released by the official Barack Obama Twitter page advertising the address to explain his point:

Tonight—it’s going to be a good time. Don’t miss the State of the Union. https://t.co/yC2x4ODfBa #SOTU pic.twitter.com/9FUNGoRp8Z

This was just one of the many graphics used to advertise the event, but this one most clearly represents the lack of stress the president seems to be under.

“Look at his face — he does not care,” Wood said. “That’s the same face I make when I’m about to leave my job.”