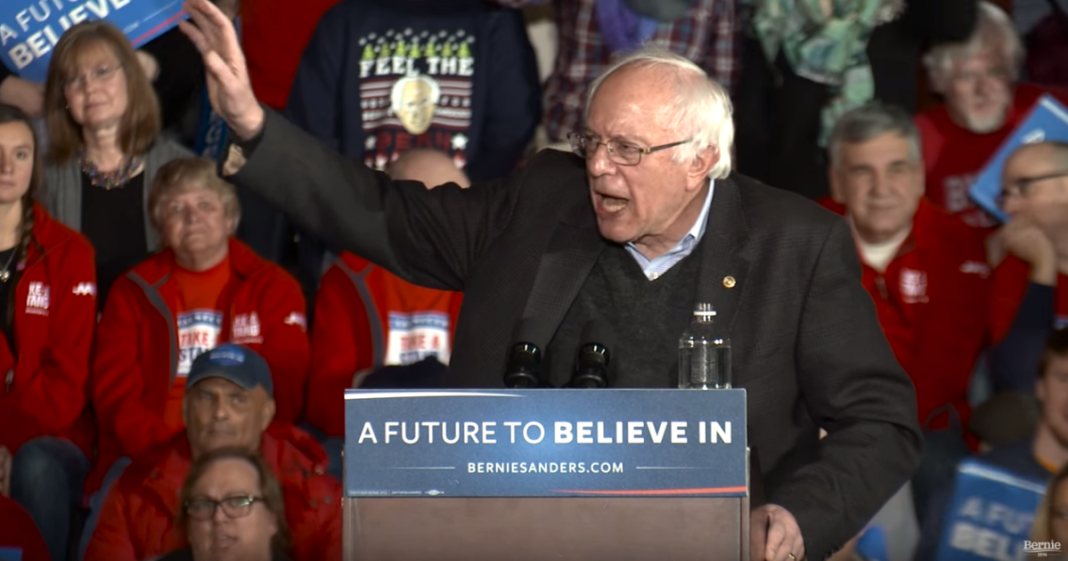 During a speech Senator Bernie Sanders made during a rally in Iowa on Saturday, he talked about how Walmart, owned by one of the richest families in America, was taking massive amounts of welfare money by underpaying its workers.

Sanders pointed out that the Walton family owned as much wealth as the bottom 40 percent of Americans, and yet, they continued to draw massive amounts of money from taxpayers by refusing to pay their workers a living wage.

“Get off of welfare, start paying your workers a living wage”