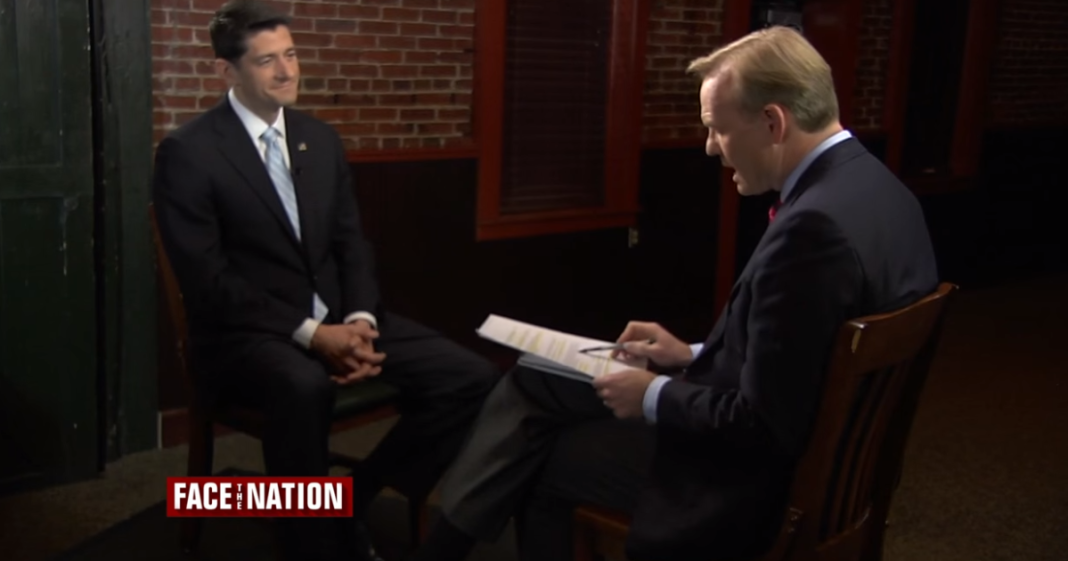 Republican Speaker of the House Paul Ryan sat down with John Dickerson on “Face the Nation” on Sunday to discuss the Affordable Care Act, and what sort of ideas that the Republican party has to replace the current system.

Dickerson called out Ryan and his fellow Republican house members on their wealth of criticism for a system for which they currently have no replacement.

“You said that you wanted the Republicans to offer an alternative to the president. One of the first things you did this year, though, was offer that repeal. How is than an alternative?”

Ryan had to admit that his party was all talk and no action.

“It’s not. It’s why we have to come up with an alternative. So, you’re right about that one.”