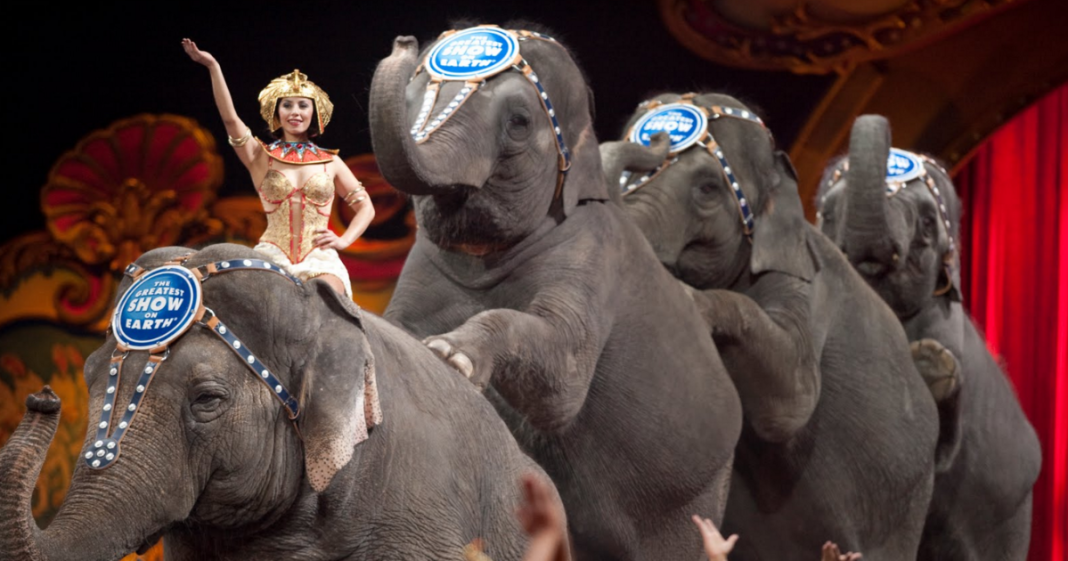 After over a century of cruel treatment of dozens of Asian elephants, Ringling Brothers decided in March of 2015 to end their use of elephants in their traveling circus, vowing to retire the touring animals to the Ringling Brother’s Barnum and Bailey Center for Elephant Conservation in Florida.

While the previous decision was to stop touring with the animals by 2018, the circus has now decided to retire all elephants currently touring by May of 2016. The circus currently has 43 elephants on tour, with 29 others residing at the 200-acre Center for Conservation.

The decision by the Ringling Brothers was no doubt an economic one as growing social opinion against the use of elephants in their act has grown in recent years, no doubt hurting profits. While the organization has previously held the opinion that elephants are vital to the success of a circus, the superstar Cirque Du Soleil has proven this idea to be false.

The American public is now widely aware that elephants are incredibly intelligent creatures and the procedures employed in order to “train” an elephant to perform in the way the circus requires is almost always abusive and damaging to the mental health of the animal.

The statement that company released in regard to the early retirement said that extensive costs to maintain the elephants will now be devoted to focusing on conservation and pediatric cancer research.