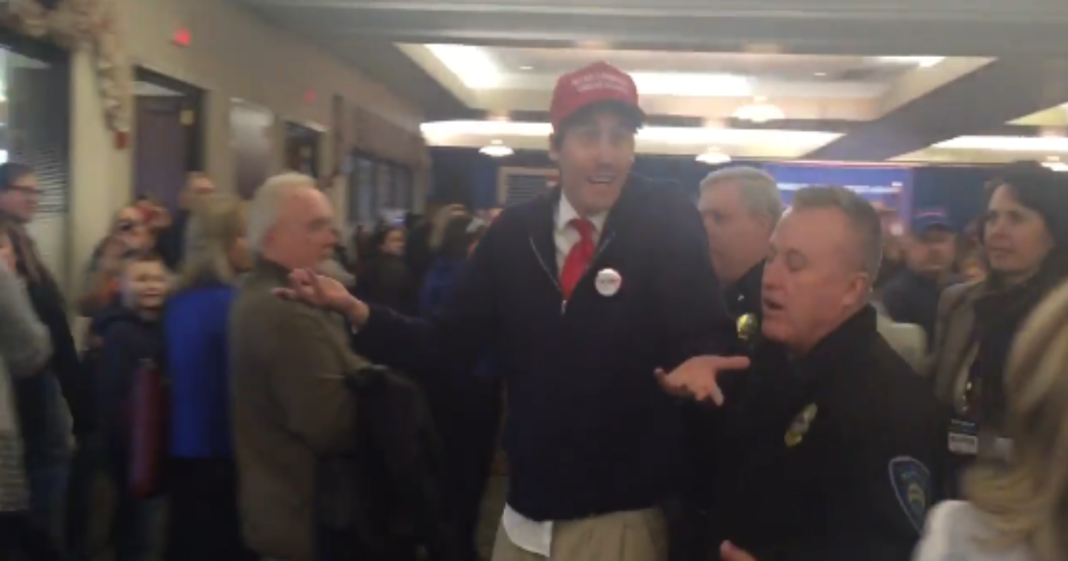 Nearly every day now there are new reports of a protester or two getting ejected from a Trump rally. Often these stories are accompanied with some violent outburst from a loyal Trump supporter who feels it is their job to fight back against the person who dares to interrupt the almighty Donald.

Monday’s protest was a bit different, though; particularly because the protester who was wearing a Trump hat and pin claimed to “love Trump.”

The man who wasn’t seated far from the presidential candidate during his rally in New Hampshire on Monday morning began booing Trump, telling him that he was being boring and saying that he should “tell some jokes.” As the man was being escorted from the building he emphatically told security that he loves Trump but that the rally was getting “a little boring, It’s getting a little old. I wanted some new jokes.”

There is a slim chance that this man is a serious supporter, but more likely he is against the candidate and wanted to protest in a unique way. For the man who has based his campaign on creating the sort of drama which gives even WWE a run for its money, hearing that his shtick is getting boring has to hurt.

Protester kicked out of Trump rally after yelling it’s boring, calling for trump to tell some jokes #fox25 pic.twitter.com/sumv0hpOEp