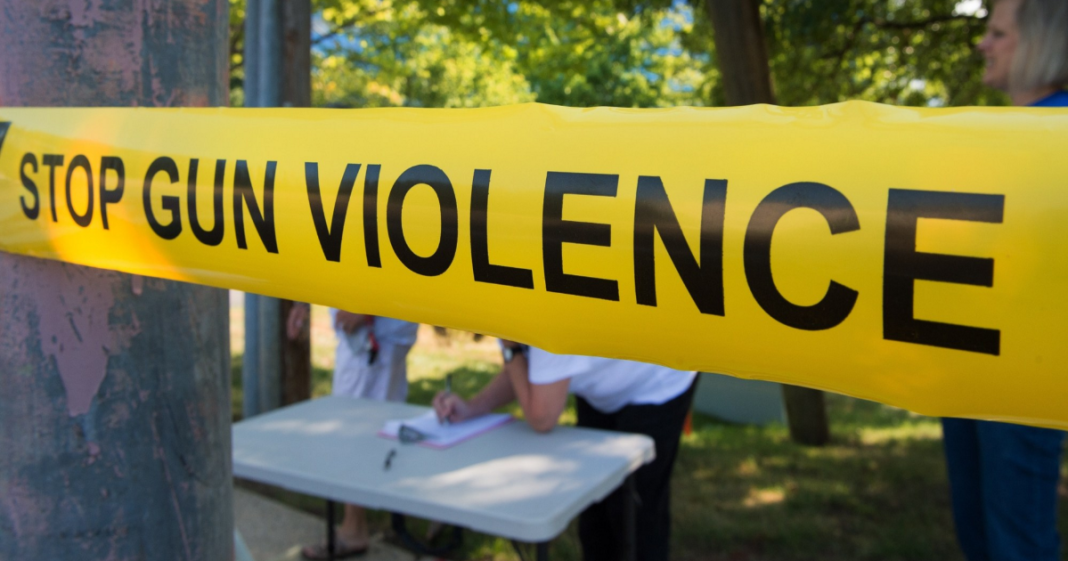 After a record-breaking year in which an average of 36 Americans died from gun-related violence each and every day, the new year of 2016 is off to a roaring start. Last week, a mentally unstable individual, claiming to be acting on behalf of the Islamic State (but according to investigators, had no ties to the organization), shot and seriously injured a Philadelphia police officer. Then, over the weekend, an attempted armed robbery at a restaurant in Little Rock, Arkansas, left two injured: an off-duty police officer and a 17-year-old suspect.

That’s just the tip of the iceberg, however. Over this past weekend alone, there have been over 230 reported incidents involving firearms across the U.S. in which people have been injured or killed. Most of them were not even covered in the national media – which in itself, is a sad commentary.

Here is just a sample of the carnage that occurred, starting Friday evening. In Washington D.C., six shootings left eight people injured and one dead. Later that same night, a standoff in upstate New York ended in the death of a 29-year-old man at the hands of his neighbor. Meanwhile, in Lee County, Alabama, a 38-year old convicted sex offender with previous felony convictions pumped several bullets into a 24-year-old man, wounding his girlfriend at the same time. Law enforcement officials in Baton Rouge, Louisiana are searching for a suspect who killed one individual and wounded another on Saturday. Early Sunday morning, a shooting at a club in Hollywood, South Carolina left one young man dead and another seriously injured.

On Monday morning, a 27-year-old in Tuscaloosa, Alabama, was gunned down by police after a shooting spree at an apartment complex where many children lived. The shooter’s motive is unclear. Across the country, in Carson City, Nevada, a man was killed around 12:30 AM local time in connection with a drug deal.

These grim statistics are posted at GunViolenceArchive.org, a website that tracks incidents of shootings in the U.S.

Last week, in response to outcries from the American people and continued inaction from lawmakers, President Obama used his executive authority to address the issue of gun violence, taking steps toward reining in this madness that is unique to the U.S. among advanced nations.

However, the fact that less than two weeks into the New Year there have been nearly 230 shootings across the country clearly demonstrates that we have many, many miles to go before we can afford to rest on this issue. Furthermore, we can expect no help from the current Congress. It will take massive, grassroots outrage before things will change.