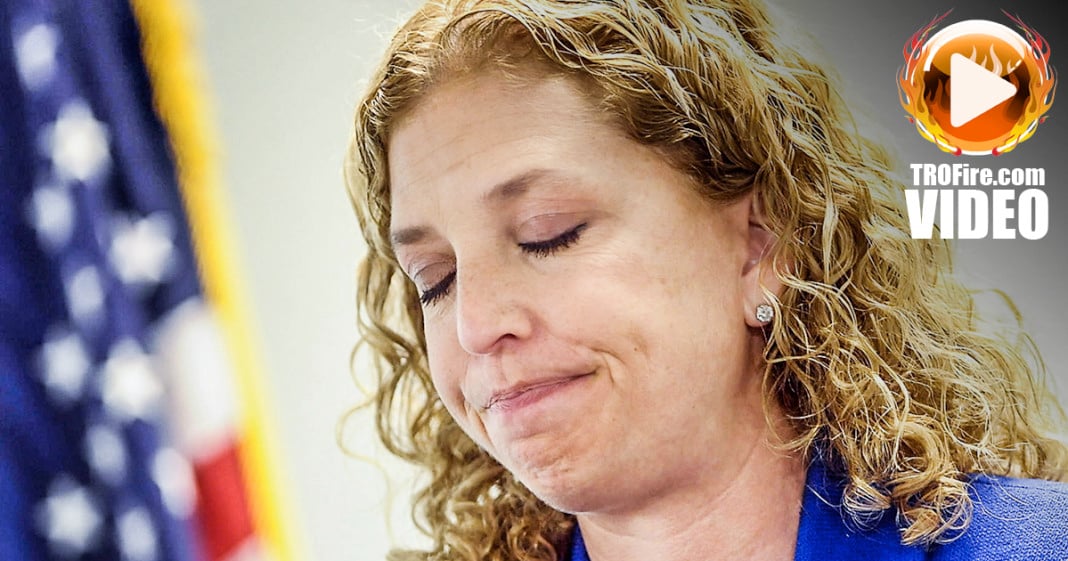 Debbie Wasserman Schultz, the chair of the Democratic National Committee, is having a really bad 2016 so far.

In the early days of the year, progressives from all over the country have been raising their collective voices calling for Schultz’s ouster, mainly due to the fact that she is clearly causing harm to the Democratic primary races in an effort to better aid Hillary Clinton’s chances of winning the nomination.

If you don’t buy into the idea that Wasserman Schultz is rigging the system for Hillary, there are still plenty of other reasons to think that it’s past time for her to go.

Just last week, Debbie Wasserman Schultz told the New York Times that she opposes the legalization of marijuana. That’s fine, everyone is entitled to have their own opinions on the issues. The problem with her beliefs is that she’s basing them on outdated and incorrect talking points. For example, she told the Times that marijuana is a gateway drug that leads user to harder drugs down the line. Statistics actually tell us that this is not the case, and marijuana users do not have higher drug abuse rates than regular consumers of alcohol or tobacco. She also insisted that we have a huge increase in the amount of drug abuse in this country, particularly marijuana.

Again, none of this is true. In states where full legalization has passed, marijuana usage has actually declined, and in many other areas where it is still illegal usage has gone down. What is rising though is alcohol abuse and alcohol-related deaths, where 10% of Americans between the ages of 20 and 64 die from alcohol-related causes, but Wasserman Schultz has no problem with alcohol being readily available, and a report by The Intercept explains why.

It turns out that the beer, wine, and liquor industries rank as Wasserman Schultz’s fifth largest campaign contributors to her re-election campaign, and she’s received more than $18,000 from these industries. So her objection to legalizing marijuana has nothing to do with those idiotic talking points that she spews out, and everything to do with her donor industries fearing a decline in their revenue if marijuana becomes legalized in more areas.

We’ve always known that Debbie Wasserman Schultz is little more than a corporate Democrat – basically a Republican in Democrat’s clothing – but this latest stunt crosses a line. States that have legalized marijuana are seeing their economies soar, usage decline, and providing a more effective medical treatment for thousands of American citizens. But Wasserman Schultz is willing to put the well-being of both the economy and the lives of cancer and seizure patients on the line in order to pay back an industry that gave her a few thousand dollars. That is absolutely pathetic, and I’m joining the chorus of voices calling for Schultz’s resignation, because this has become beyond absurd.

Her presence is going to destroy the Democratic Party, because she is absolutely no different from the Republicans. She puts the wants of corporations ahead of the needs of the people, and that was one of the only things that separated the two parties. Wasserman Schultz is one of the worst leaders that the Democratic Party has had in my lifetime, and she’s taking the Party down a dark and dangerous path.

The worst part is that there’s absolutely no reason to have a pro-corporate, anti-consumer chairperson at the DNC. There are honest, hard-working, compassionate people within the Democratic Party that could take over that post and put the party back on the right track. Elizabeth Warren, Sheldon Whitehouse, Sherrod Brown, Keith Ellison – just to name a few – but those are people who could steer the Democrats in the right direction. Wasserman Schultz is not the leader that we need right now, especially as we head into a major election, and her leadership is going to cost the Democratic Party dearly this year.