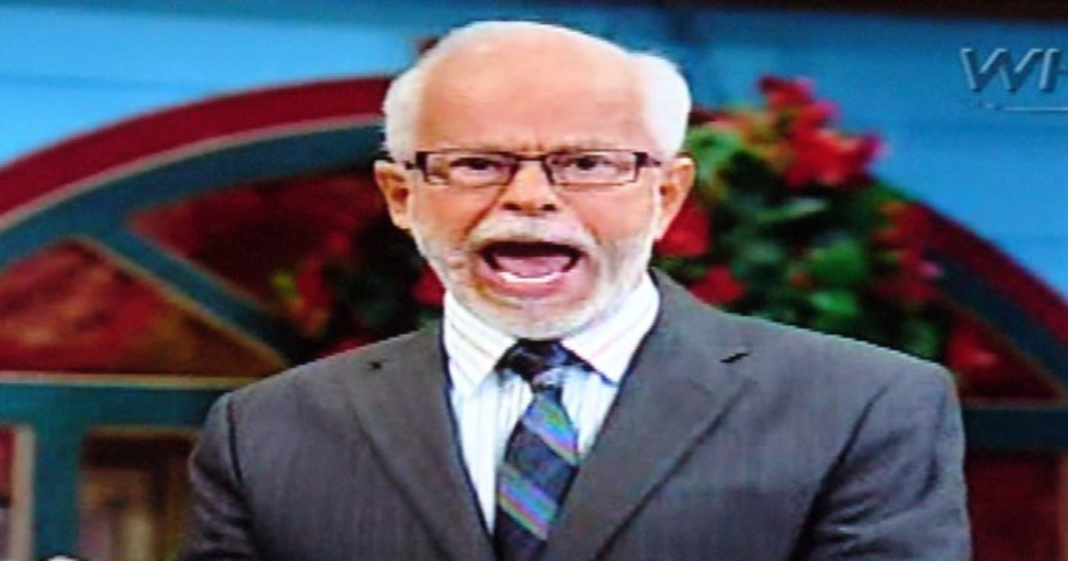 Are you worried by the unusual and extreme weather patterns across the country? If not, maybe you should be; and if you were, it’s so much worse than you thought because televangelist Jim Bakker just declared that the cause of these recent abnormalities is the “spirit of ISIS.”

On his weekly TV program, the political conservative and notable nutcase confirmed that the Four Horseman of the Apocalypse were “out of the barn” and urged his viewers to “wake up” and see that current extreme weather patterns were a “warning from God.”

According to Bakker and his co-host Rick Wiles, the antichrist spirit, ISIS spirit, Islamic radical spirit, and collective god-haters spirits have joined in harmony with the spirit of the political left, triggering the wrath of God in the form of wild fires, floods, and unseasonably warm winter months.

Bakker resolved that the current state of affairs was “beyond comprehension.” Funny enough, we would say the same thing about his deranged ramblings.