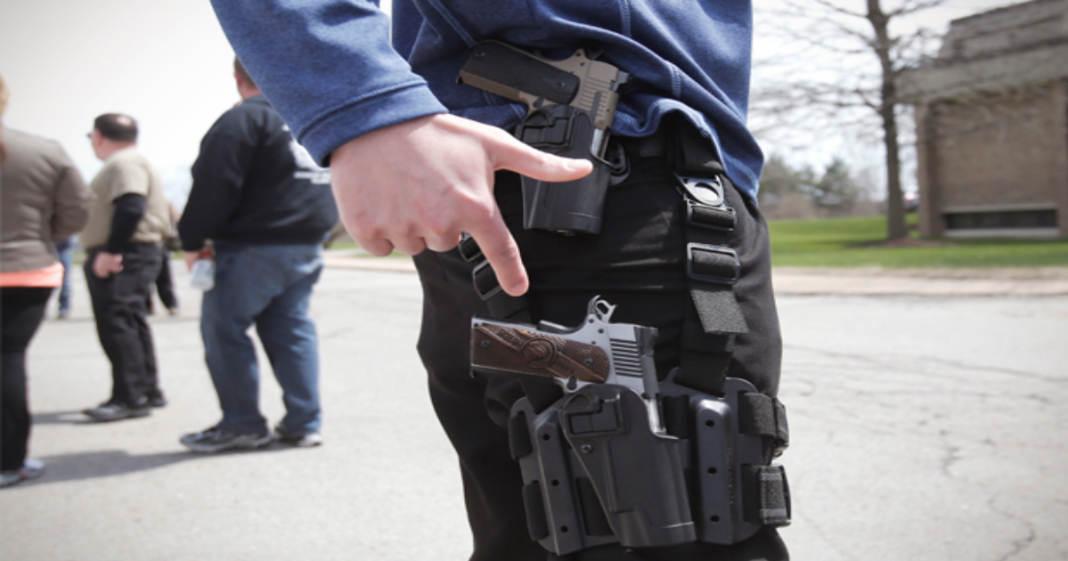 One in every five combat veterans arrive home with lasting mental scars in the form of post traumatic stress disorder (PTSD), a lasting souvenir of their time served. Veterans with PTSD find that they are almost always in a constant state of hyper-awareness, not being able to relax or feel safe despite a lack of any real threat. For those who suffer in this way, the mere sight of a gun can trigger a bout of major anxiety, or worse.

One such veteran found himself particularly stressed after the implementation of Texas’ new nearly limitless open carry law which took effect on January first of this year. The veteran, Art Leal, who served eight years in Desert Storm, created a business-card sized message to hand out to business owners where he observed open-carry being allowed. 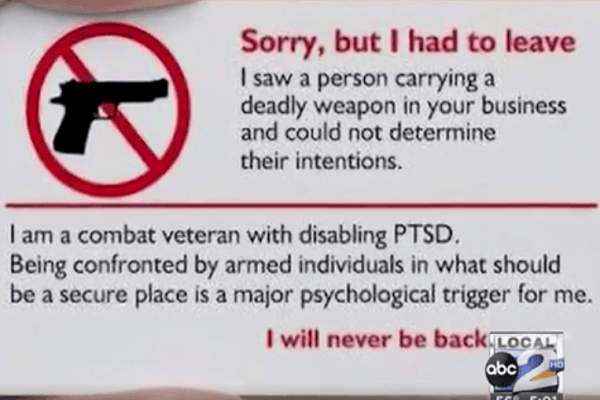 This message, which Leal hands out frequently, draws attention to this unexpected issue of allowing guns to be so openly displayed. Leal is supportive of the second amendment and is in support of legal concealed carry, but says that open carry is causing undue harm to veterans like himself.

While individuals can bring their firearms nearly anywhere in the state of Texas, business owners are able to set rules for their private establishments and can choose to ban guns on their premises.

It is a unique perspective on the gun control debate that is raging across this country, showing that those who we owe the most to are now possibly suffering intensely under an over-broad law that should be much more limited.

For Leal, he may soon find that there are almost no businesses he may visit without being subject to intense and debilitating triggers, returning him again and again to the horrors of the battlefield.