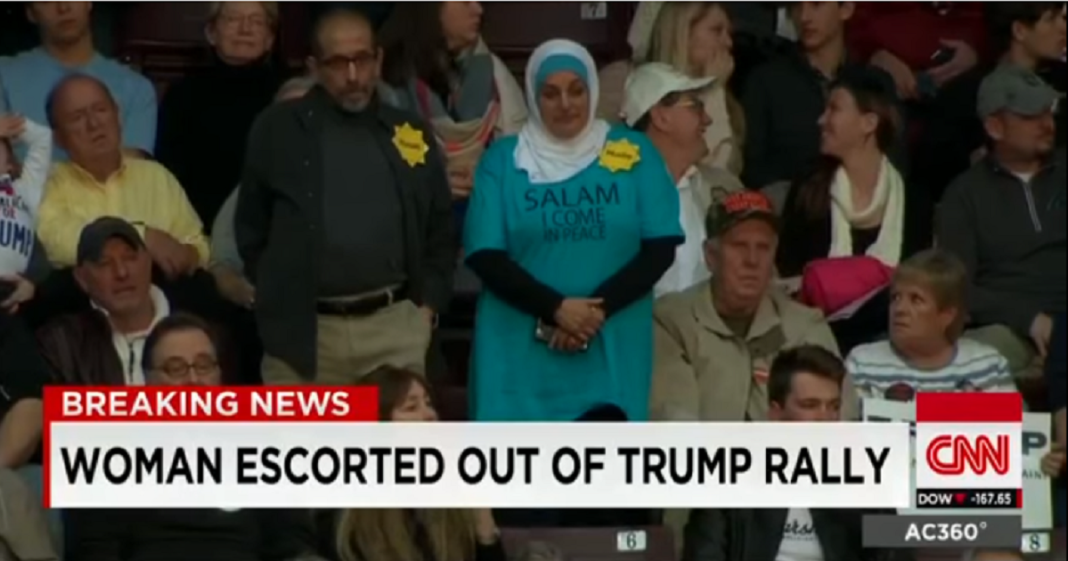 56 year old Rose Hamid attended a Trump rally in an attempt to show what a real Muslim looked like to a crowd of supporters who would like to see her kicked out of the country. Wearing a hijab and a gold star with “Salam I come in peace” printed on her clothing, she stood silently.

Rose’s silent demonstration was peaceful, but the crowd was not, and they began waving their Trump signs and yelling until security came to remove the woman. Video of the event shows obese old men yelling at her and waving their signs in her face as she tried to leave the arena. Hamid later told CNN that people were asking her if she had a bomb and shouting “God is great.”

Hamid explained why she would submit herself to such degradation:

Sadly, Rose, “those people” are hateful and ignorant and do not deserve one iota of your patience and kindness.