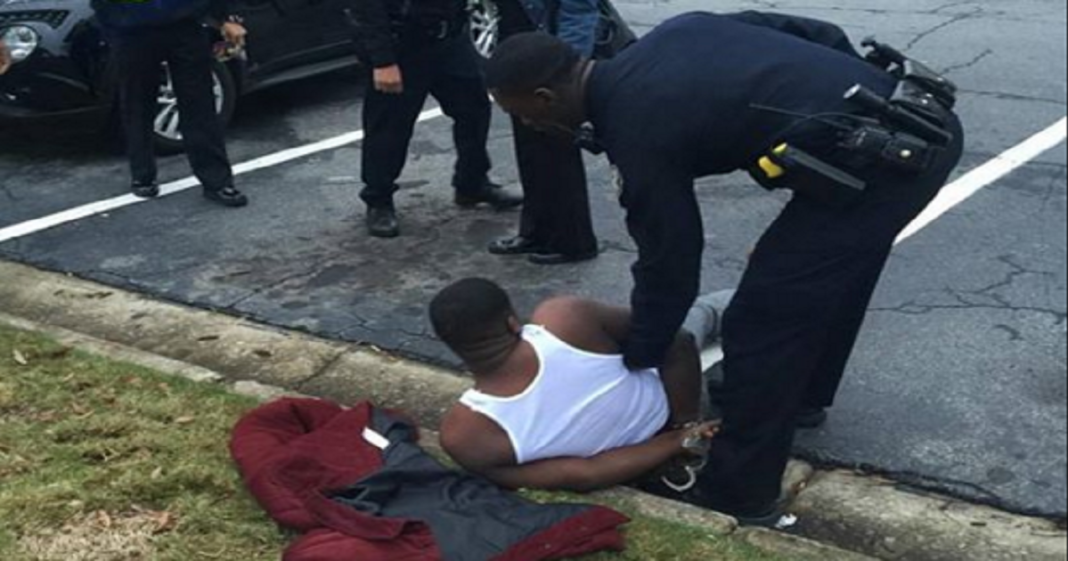 In Atlanta, a successful rap artist who goes by the name of Blac Youngsta went to his local Wells Fargo in order to withdraw the $200,000 he needed in order to buy a new car. The manager of the bank, after seeing the man go through the proper procedure to withdraw his own money, got suspicious and called the cops.

Blac Youngsta, whose real name is Sam Benson, was then apprehended by the police and handcuffed on the ground with the very real threat of losing his life.

Atlanta police then discovered that no actual crime had occurred and left Benson in peace. Hopefully, he then withdrew the remainder of his money from that particular Wells Fargo and closed his account. Maybe then he could launch a discrimination suit against the manager who had called the cops on him in the first place and get the money for his Mercedes another way.