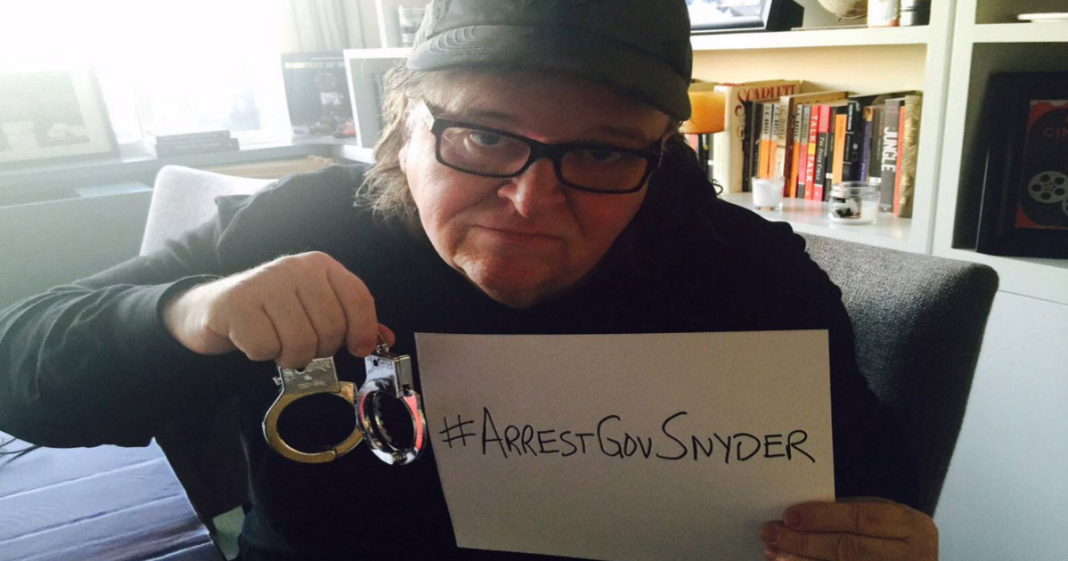 Activist and documentary film maker Michael Moore has taken on his new cause in Flint, Michigan over the toxic levels of lead which have been leached into the Flint water supply.

Moore is calling for the arrest of Governor Rick Snyder who Moore claims knew about the toxicity for over a year and chose not to take action, willfully poisoning the people of Flint. Moore compares the negligence to that of a drunk driver whose reckless driving causes the death of a child.

Moore had previously posted on social media with calls for the arrest of the governor, but he took it to the media on Thursday when he appeared on MSNBC to discuss the situation and call for action.