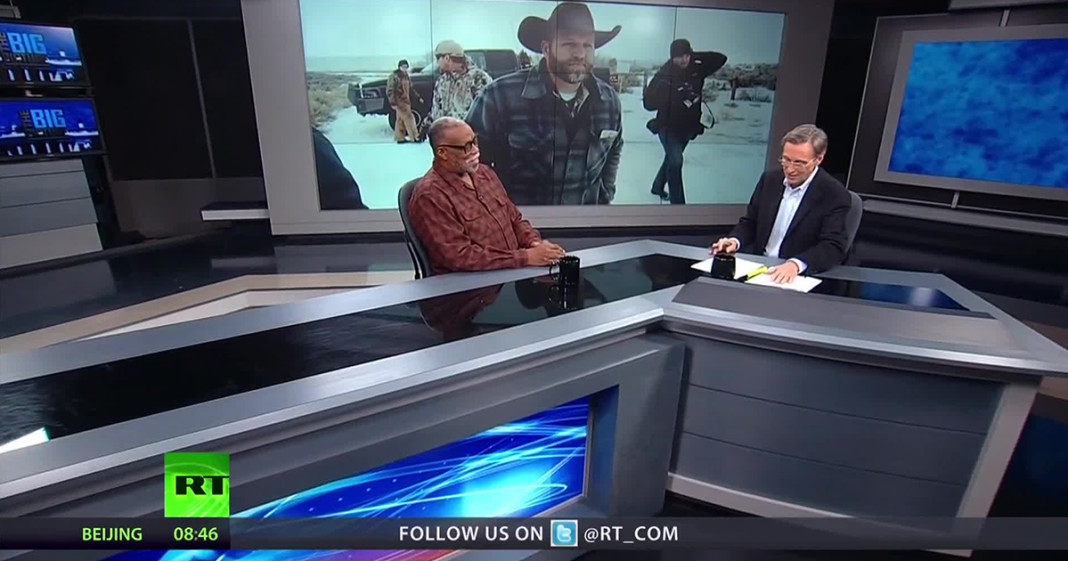 It’s been 6 days since dozens of armed white conservative men seized control of the Malheur National Wildlife Refuge – near Burns, Oregon. They took control of the refuge to protest the imprisonment of Dwight and Steven Hammond – even though neither of the Hammonds support the militia itself. Immediately after the group barricaded themselves in – they sent out requests on Facebook asking supporters for snacks and cold-weather socks. And since then – we’ve heard daily reports about how these “yeehawdists” – are ready to die for their cause. But yesterday a spokesman for the Oregon State Police revealed just how make-believe this whole stand-off has been when he told Talking Points Memo that “right now – they are allowed to come and go as they want.” Ron Hampton, Institute of the Black World/National Black Police Association, joins Thom.