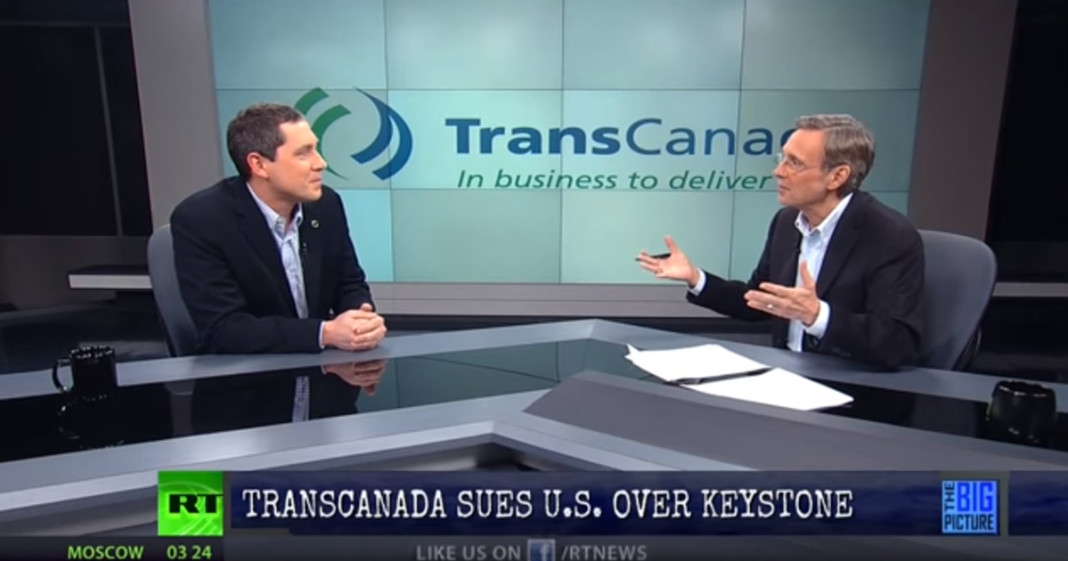 For tonight’s Green Report we head to Houston, Texas – where on Tuesday Canadian fossil fuel giant TransCanada filed suit against the Obama administration over its decision to reject the Keystone XL pipeline. According to TransCanada – the administration went above and beyond its constitutionally-bound powers when it said “no” to the pipeline extension – which would have brought toxic tar sands oil across the US to the Gulf of Mexico. But Transcanada isn’t just relying on the American justice system to hit back against the White House. At the same time as it filed suit in federal court Wednesday – the company also filed a claim under Chapter 11 of the North American Free Trade Agreement – or NAFTA. Erich Pica, Friends Of the Earth-US, joins Thom.