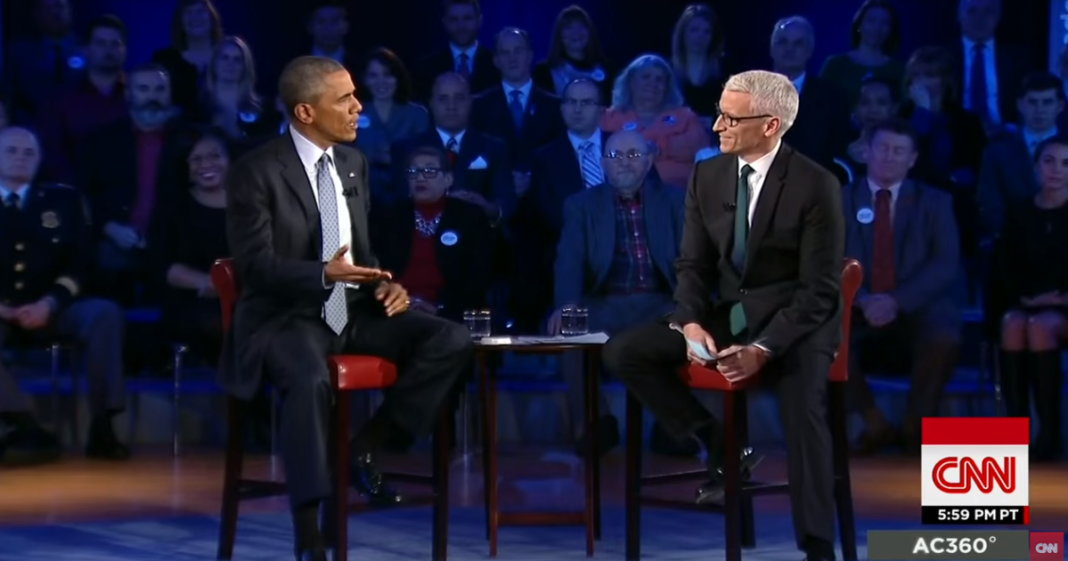 President Obama sat down with Anderson Cooper to discuss gun control in the U.S. and the executive actions that the president had taken earlier this week when he asked a question that got the president pretty heated.

Cooper, referring to the idea in the conservative party that Obama is out to take guns away from Americans, asked,

“Is it fair to call it a conspiracy? A lot of people believe this deeply.”

The president got visibly upset and retorted,

“I’m sorry Cooper, yes, it is fair to call it a conspiracy. What are you saying? Are you suggesting that the notion that we are creating a plot to take everybody’s guns away so that we can impose martial law is not a conspiracy? Yes, that is a conspiracy. I would hope that you would agree with that.”

Cooper may have been trying to appeal to the fears of Americans who truly believe this idiotic drivel, but Obama wasn’t having it.

After two terms of having to keep his cool, the fight is really coming out of the president. If only we had seen this level of passion and vigor years ago. These are the actions of a Democrat. This is what we voted for.