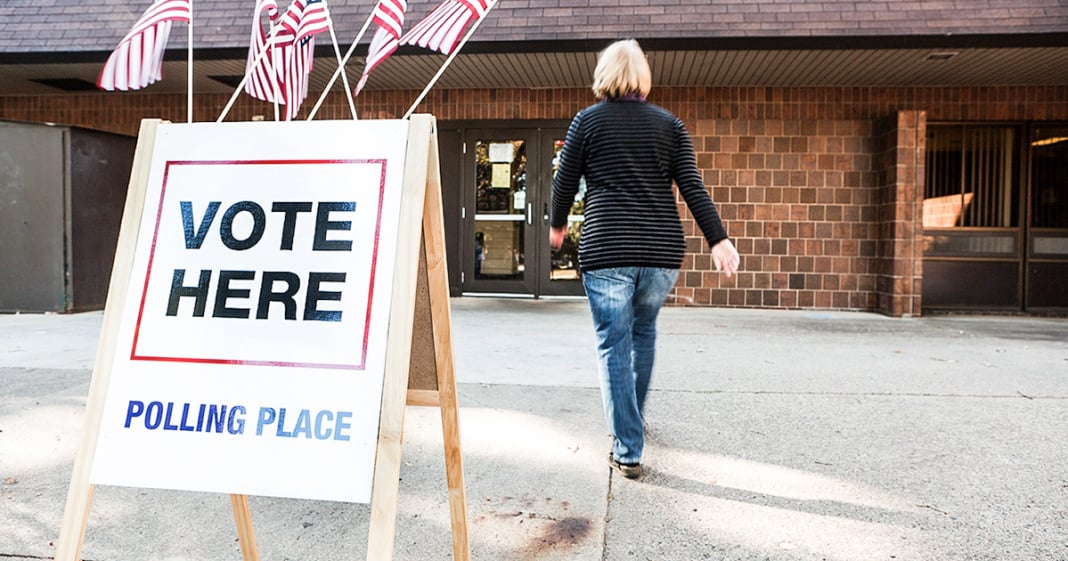 The 2016 presidential election is going to come down to one thing – voter turnout. And if you think that the Republican Party doesn’t realize this then you are sorely mistaken.

For close to a decade now, Republicans have been working state by state to make it more difficult for minorities, college students, and even the elderly to get out and vote. These efforts all have the intent of driving Democrats away from the polls. And after their defeats in 2008 and 2012 due to record-breaking turnout, Republicans will be using every trick in the book to keep Democrats from casting their votes this year.

Since the last Presidential election, 22 states have enacted some form of new voting laws that are aimed at disenfranchising voters. And this year, the Supreme Court is going to hand down a decision in the case of Evenwel vs Abbott that could dramatically reshape the American electorate.

In the Evenwel case, the Court will decide how districts are drawn in the future. If the Court goes to the right on this case, it will mean that from now on, the only people who are counted as citizens for districting purposes will be those who vote. So anyone who doesn’t show up to vote, or anyone who is ineligible to vote even if they are a citizen, will no longer be counted in a district census. This will give Republicans a huge advantage by being able to redraw districts with heavily white, affluent citizens who already vote Republican anyway. Democrats will be under-counted and shoved into districts where their votes won’t even matter.

But even with a favorable ruling in the Evenwel case, voting this year is going to be tougher than ever for many Americans, and that’s not an accident. Even though they know they are unpopular, the Republican Party believes that they can continue to be successful by being racist and ignorant as long as they keep Democrats away from the polls.

That’s why everyone who is eligible to vote has to make it to the polls this year. Find out what you need in your state – whether it’s a new photo ID or maybe a day off work – put in that request now. Absence is not an option this year, and it’s up to you to put in that effort.

Because as bad as things are now with voting restrictions, they’ll get much worse if the Republicans win the White House, because almost every candidate has expressed support for oppressive voting laws, and many of them have helped to keep Democrats away from the polls. Here are a few of the worst offenders:

As governor of Florida, Jeb Bush was the man responsible for putting his brother George in office. He did this by purging 12,000 eligible voters from the voting rolls and by signing legislation that limited early voting for Florida citizens.

Mike Huckabee once suggested deflating Democrats’ tires to keep them from being able to vote.

John Kasich – who recently spoke out against the gerrymandering ways of his fellow Republicans – has one of the worst records when it comes to restricting voting access. As governor of Ohio, Kasich was responsible for cutting the state’s early voting hours – a move that launched a lengthy legal battle; And he did away with the state’s same day voter registration programs. Kasich’s actions have sparked several legal fights for being clear violations of the Voting Rights Act.

And that’s why this year’s election is about more than just selecting a new leader – it’s about showing the Republican Party that you’re better than them and that you won’t be bullied into not showing up to vote. They don’t want you there, and the best way to fight back is to be the first one in line when polls open this November…