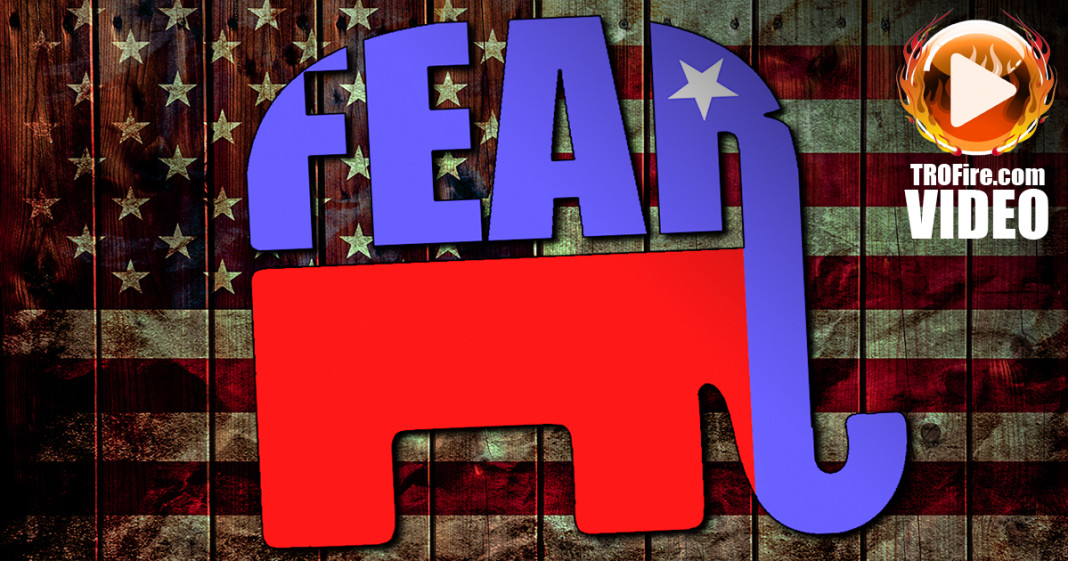 It’s no secret that the Republican Party relies on fear to sell their agenda – that’s how George W. Bush was able to win re-election in 2004 in spite of being hugely unpopular with the American public. His campaign kept everyone just scared enough to fear bringing a Democrat into the White House.

And in 2016, almost nothing has changed.

Republican candidates are out there everyday telling their terrified base about even more things that they need to fear. Whether it’s immigrants, ISIS, or poor people, there’s no shortage of enemies at the gate that Republicans always feel so threatened by.

The real irony here is that there are plenty of issues that American voters should be scared of, but the GOP is ignoring those issues. Things like climate change, corporate misconduct, and the growing threat of home grown, right-wing terrorism all pose very real threats to our way of life, but so far Republicans have been silent about all of those issues. Most likely because they have no idea how to actually address them.

So they continue to sell their base fear of intangibles. Problems that can’t be solved in a single president’s term, and problems with no real solutions to be seen. And that’s exactly the plan. If Republicans were actually talking about fears that could be addressed, they’d be expected to address them if they win office. And if they were to actually succeed in fixing those problems, there would be nothing left for their base to fear.

This cycle of fear is going to continue to heat up as we get closer to this year’s election, and that’s incredibly unfortunate for voters, because again, there are some very real things that Americans should be afraid of, but Republican talking points are nowhere on that list…