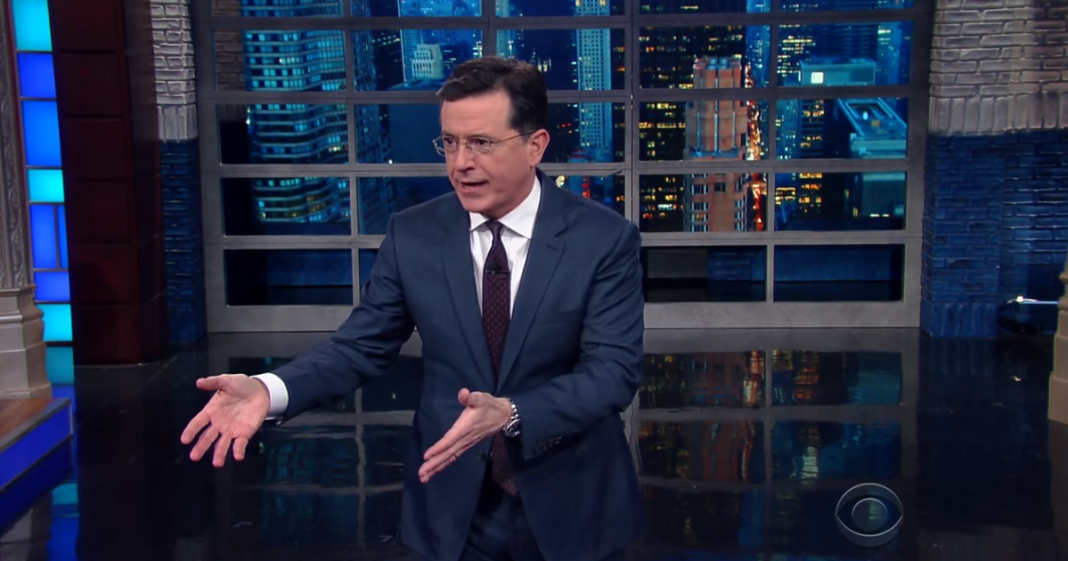 On Thursday, “The Late Show” host Stephen Colbert did a spot-in impression of Presidential Candidate Senator Bernie Sanders who he said was motivated to take political action on issues which personally annoyed him.

Colbert was referencing a comment Bernie Sanders had made about banks charging people at ATM’s to access their own money.

Colber-as-Sanders complained about too-long grocery store receipts and snacks stuck on coils in snack machines as examples of things which Bernie was annoyed by in daily life.

Sanders does have a bit of a reputation as a curmugeon, but Colbert makes it clear that his impression is not a criticism of the candidate. Colbert then goes on to explain that, like Sanders, he is not a fan of ATM fees for very legitimate reasons.