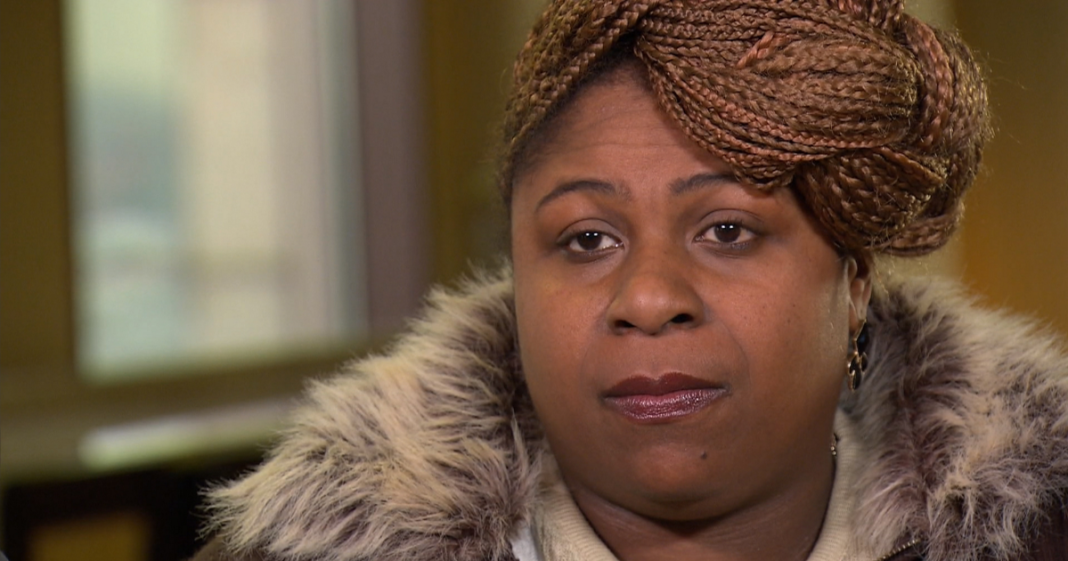 A school resource officer in Cleveland has been suspended (with pay of course) after using his personal Facebook account to address the mother of Tamir Rice, calling her a “Stupid bitch,” and saying that she is to blame for the death of her son.

Two days after the decision was handed down that the cop who murdered the 12 year old child was not to be indicted, Officer Matt Cicero posted this message onto a facebook page using his personal account.

“Tamir rices momma just want money. Lets make the proper changes……raise your kids not to play with fake guns stupid bitch. All this media because the are notgetting what they want…… Again pleeeeze anyone who does not like what I post…..unfriendly me or block me your not worth my time”

Besides committing countless atrocities against the English language, Cleveland City councilman and others are saying that his language reveals a clear prejudice and shows that he is not suitable to work with children.

Councilman Jeff Johnson is calling for the firing of Cicero.

“It’s disrespectful to women, it’s disrespectful to African-Americans,” he said. “The fact that he’s so insensitive and he’s placing the blame of Tamir’s death on Tamir, for me that’s enough for him to be not working with children in the Cleveland school system.”

Apparently, Cicero believes that children shouldn’t be playing with toy guns which is a reasonable position if it weren’t tied to blaming a child for his own death. Still, the message seems to truly be that a young black boy should “know better” than to play with a gun, as it clearly “provoked” his murder in some way.

Cicero must be a grade-A idiot if he thought he could get away with posting such violent and prejudiced comments on a public social platform. The level of misplaced blame here is staggering.