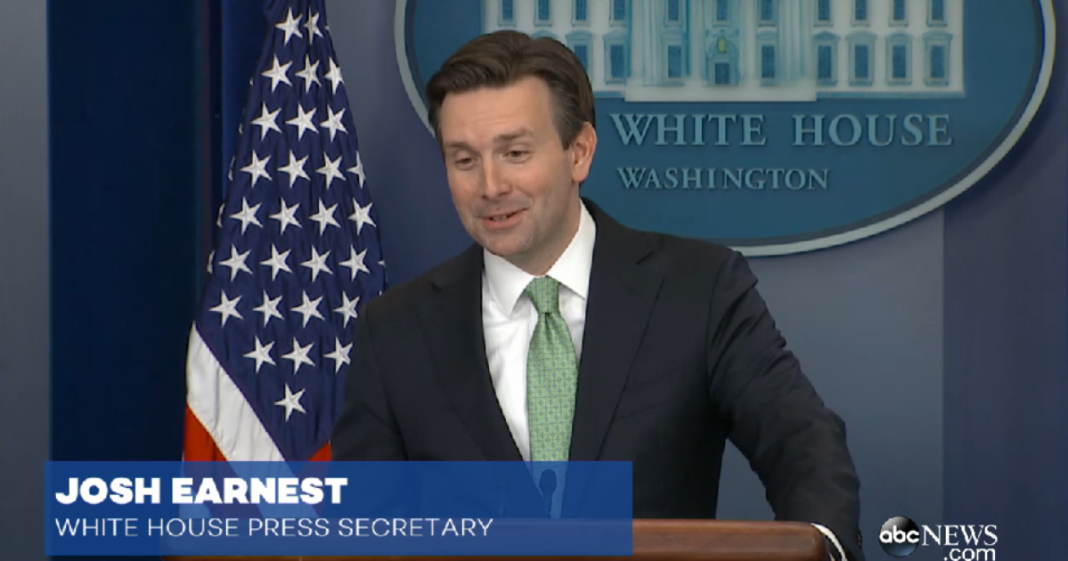 In what was no doubt one of the more enjoyable moments during his tenure as White House Press Secretary, Josh Earnest was asked on Wednesday whether the President enjoyed the rising “birther” issue in the GOP party over Ted Cruz’s citizenship and eligibility for the presidency put forth by Donald Trump.

“I don’t know if he does, but I sure do. It would be quite ironic if after seven or eight years of drama around the President’s birth certificate, if Republican primary voters were to choose Senator Cruz as their nominee. Somebody who actually wasn’t born in the United States and only 18 months ago renounced his Canadian citizenship.”

The Secretary obviously chose his words carefully, and when he was pressed for his own beliefs about Cruz’s legitimacy, he literally waved the question away with a sweep of his hand.