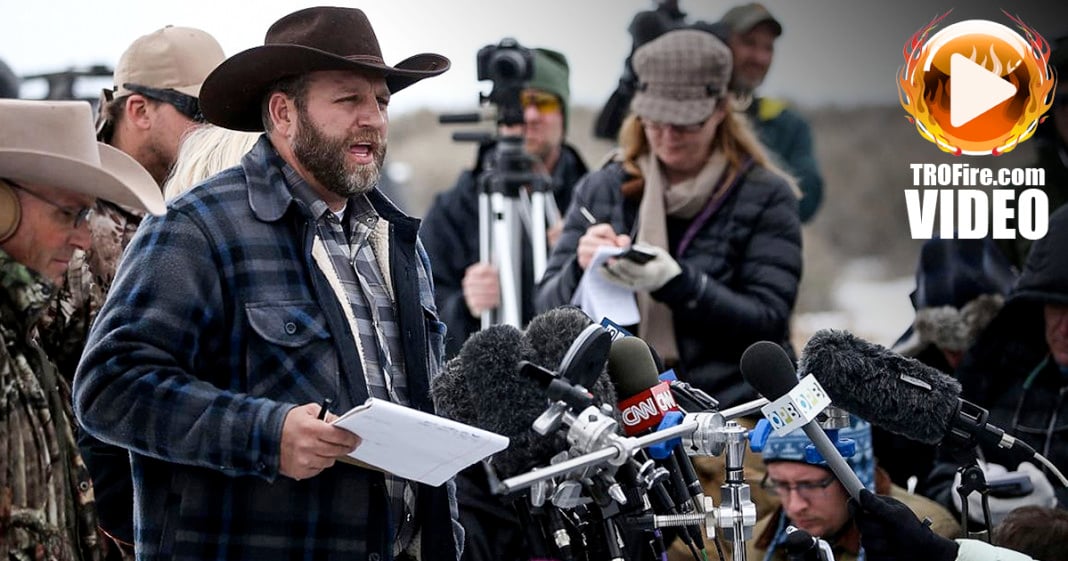 Republican candidates are finally waking up to the idea that the events in Oregon – where a group of right wing terrorists have taken over a federal building – could actually be quite toxic to their campaigns.

Both Marco Rubio and Ted Cruz have urged the terrorists to stand down, saying that they do not have any Constitutional right to do whatever it is they are trying to do. I’m sure in the coming days we’ll see more Republican candidates follow suit, trying to distance themselves from the crazy that they have created. But I can promise you one thing – there will not be a single Republican candidate that comes out and apologizes for their role in this disaster. And believe me when I say that these people share part of the blame.

Here’s the thing – you can build a campaign, and you certainly can’t build an entire party platform as the Republicans have done, on the idea that the government is evil, and not expect there to be consequences. Every single day these Republican candidates have been out there spouting off lies and falsehoods about President Obama and the federal government. We’ve heard about President Obama wanting to come take away their guns. We’ve heard them say that government regulations are going to destroy America. Or that the government allowing same sex couples to get married will erode their religious liberties. Or that our president is secretly a Muslim who cares more about ISIS than he does about American citizens.

Those statements have been made by Republicans running for president right now, and every one of them is a lie. But these candidates are not smart enough to understand that their language has consequences, and that these armed terrorists in Oregon are the ones who take things literally, and that’s why they’re holed up inside that federal building right now.

And it isn’t just the talking points about the government being evil. We’re also living in an era where it is apparently acceptable for Republican presidential candidates to demonize entire segments of the population based on their skin color, their religion, their sexual preferences, and even their occupation. According to Republicans, anyone who doesn’t look, think, and sound like you is an enemy to be feared and then attacked.

The result of this kind of thinking is that it’s taken our entire political discourse down to the level of elementary school children. At least, that’s what psychologists are telling us. Today’s political conversations are now taking place at the lowest intelligence levels in modern American history, according to a recent article in Psychology Today, and the blame lies squarely on the shoulders of the Republican Party. By refusing to talk about issues of substance or actual policies, Republicans have cheapened our political discourse by doing little more than telling us who to hate and why we need to hate them.

They want us to hate everything because they really don’t have anything else to talk about. The job market is getting better, the economy is rebounding, the housing market has mostly stabilized – in fact, the only things that aren’t getting better, things like wages and workplace safety and the continuous deaths of black people at the hands of police officers, those are all things that the Republicans are ok with, so they don’t have anything to complain about.

So they manufacture panic and fear and hate because that’s all they know how to do. Even though we’re more likely to be killed by a US citizen than a terrorist, Republicans tell us that ISIS is about to destroy us all. Even though it’s easier to buy a gun than ever, they tell us that the black helicopters are descending right now to take them away from us. And even though the big banks are screwing us over and stealing our money, Republicans tell their followers that the government is to blame for all of the problems in their lives.

And again, the situation developing in Oregon is what we get as a result of this anti-intellectualism being spewed by Republicans.

It’s time to stop playing games and to stop allowing such dangerous conversations to even take place. The media has failed to hold these candidates responsible for their words, and in many cases they’ve actually given them credence. This is unacceptable, and the only way to put an end to it is to hand the Republican Party a massive defeat this year…