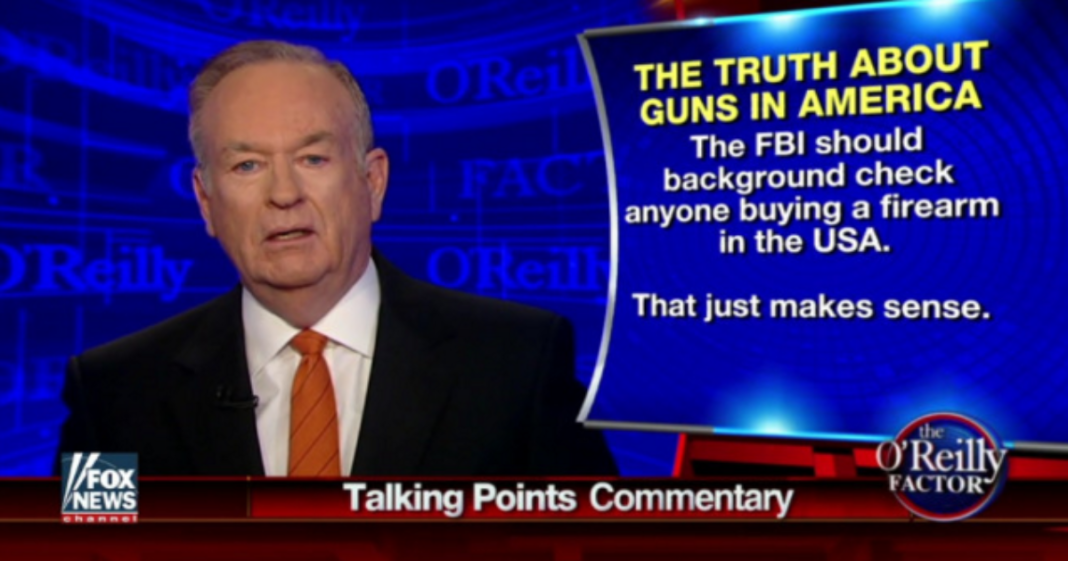 It’s the sort of thing you have to see to believe: Bill O’Reilly actually had a moment of rationality on Tuesday night when he said that the NRA and gun owners should be “reasonable” and accept the executive order because it “just makes sense.”

“The NRA and gun owners should be reasonable. The FBI should background check anyone buying a firearm in America. That just makes sense. If you are paranoid and believe the government is stockpiling information so they can come to your house and take your guns, that’s your problem, your problem. But the government has an obligation to enhance public safety.”

Considering the fact that O’Reilly and Fox News as a whole specializes in fanning the flames of fear and paranoia from people who have such beliefs, we can only imagine how many loyal fans O’Reilly just alienated.