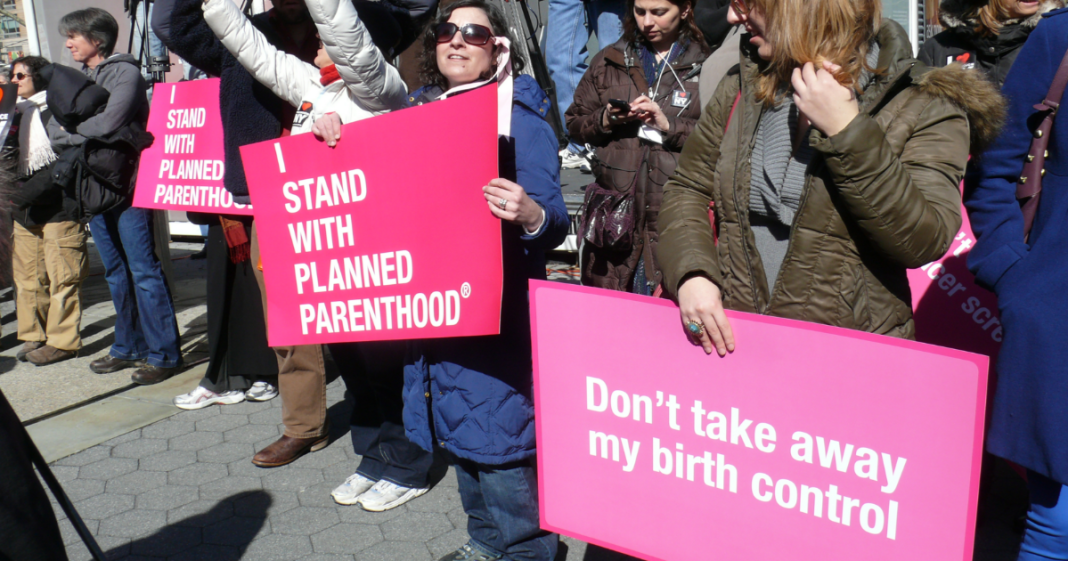 So much for deals.

Despite concessions on the recent omnibus spending bill that would preserve funding for Planned Parenthood, the GOP-dominated Congress has sent a bill to President Obama’s desk that would defund the organization as well as repeal the Affordable Care Act (ACA).

Conservative media outlets are jumping for joy, quoting right-wing hacks like David Daleiden of the Center for Medical “Progress” (yes, the same organization behind the infamous “baby parts” videos): “Congress is listening to the will of the American people to hold Planned Parenthood accountable under the law for their barbaric abortion and baby parts business.”

This bill also represents the 62nd time that Republicans in Congress have attempted to either repeal or gut the ACA. Most conservatives acknowledge that the bill is largely symbolic since President Obama will most certainly veto it. However, some are saying that simply sending the bill to the President’s desk sends a message – and, in the words of GOP consultant Matthew Mackowiak, “will sharpen contrasts between Republicans and Democrats going into a presidential election year.”

Indeed it will. For liberals and progressives, it is a clear warning of what could happen should a Republican win the White House in this election. At stake is affordable health care services; Planned Parenthood has been providing many forms of health care for women for a century now (abortions represent only a small percentage of the services the organization provides and federal funding does not apply to abortions at the center), while the ACA has extended health care to millions of Americans who otherwise would be allowed to sicken and die. It may be true that a recent Gallup poll shows a slight majority of Americans “disapproving” of Obamacare. However, that poll doesn’t tell the whole story: many of them disapprove because it falls short of providing the same universal, guaranteed health care enjoyed by residents of virtually every other advanced nation on the planet.

Nonetheless, it is a start, and has given us more than we had before. At the same time, there are millions of women who rely on Planned Parenthood for contraceptives, breast cancer screenings and more. The Rethuglican Party and their ignorant, brain-washed followers are hell-bound and determined to take all of that away and once more allow people to die from their poverty.