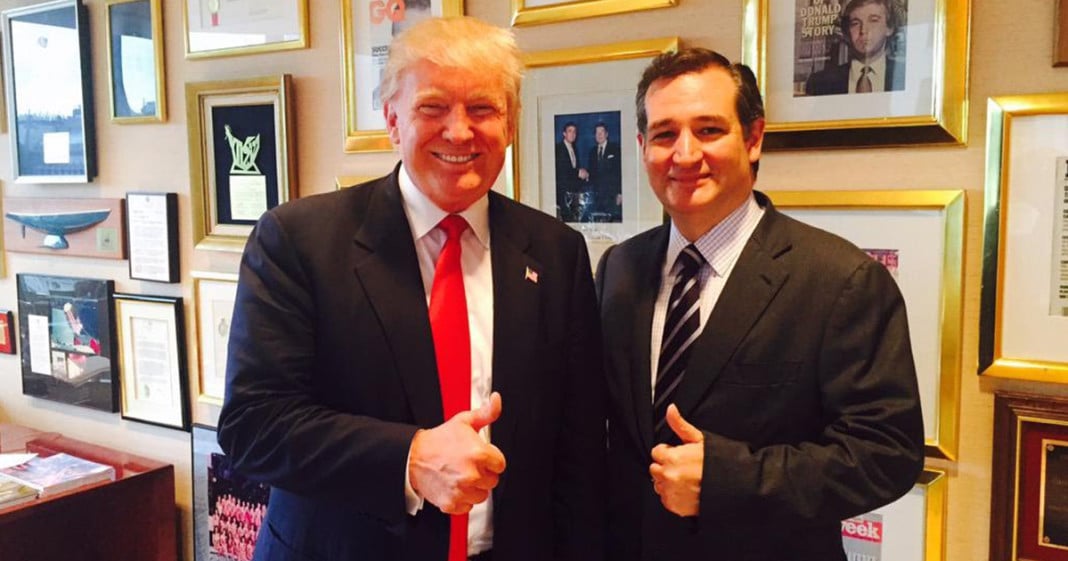 The issue in the GOP that everyone has known but refused to talk about has finally been addressed by Republican Candidate Donald Trump on Tuesday when he suggested that Ted Cruz’s dubious citizenship might be an obstacle in his candidacy.

“Republicans are going to have to ask themselves the question: ‘Do we want a candidate who could be tied up in court for two years?’ That’d be a big problem. It’d be a very precarious one for Republicans because he’d be running and the courts may take a long time to make a decision. You don’t want to be running and have that kind of thing over your head.”

“I’d hate to see something like that get in his way. But a lot of people are talking about it and I know that even some states are looking at it very strongly, the fact that he was born in Canada and he has had a double passport.”

In what has now become his signature style, Trump “reports” on something he says is already occurring in order to stir up a discussion.

No one was seriously looking at Cruz’s citizenship out of fear, but now that Trump has suggested it is already happening, it inevitably will.