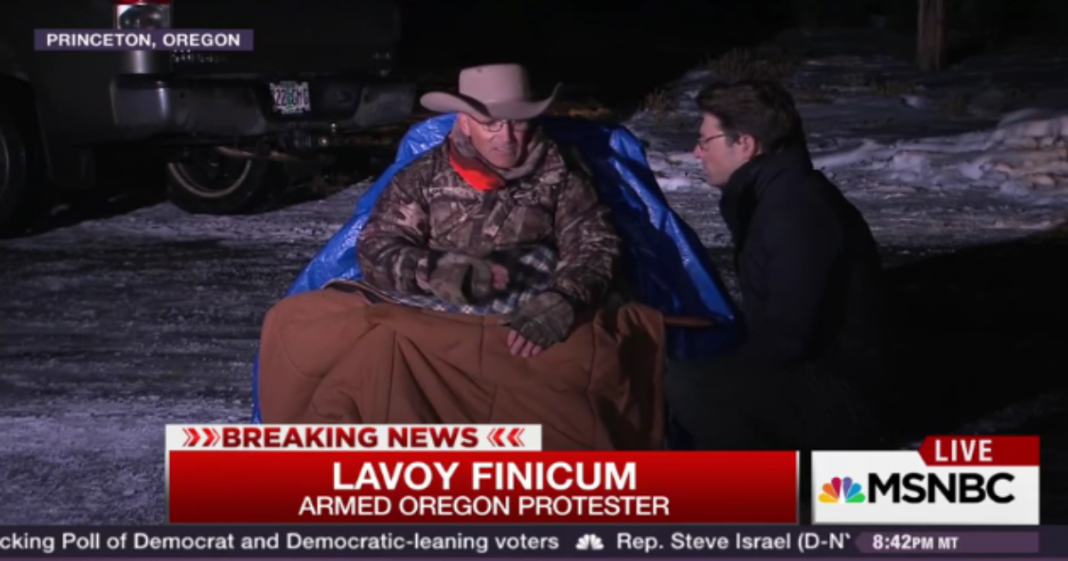 Since the beginning of this whole Oregon terrorism fiasco, leaders of the group have waffled back and forth on whether or not they feel they are a violent movement or peaceful protesters, all while holing themselves up in a government building armed with guns and ramen noodles.

One of the self-proclaimed patriots has already said that he is willing to die for his cause, but group leader Ammon Bundy has attempted to portray the group as a peaceful protest to the media. “We’re not about fear, we’re not about force, we’re not about intimidation,” Bundy said.

Now, another of the rebels, wearing camo and a cowboy hat of course, has announced that he is ready to die for the cause.

“I have been raised in the country all my life. I love dearly to feel the wind on my face. To see the sun rise, to see the moon. I have no intention of spending any of my days in a concrete box.”