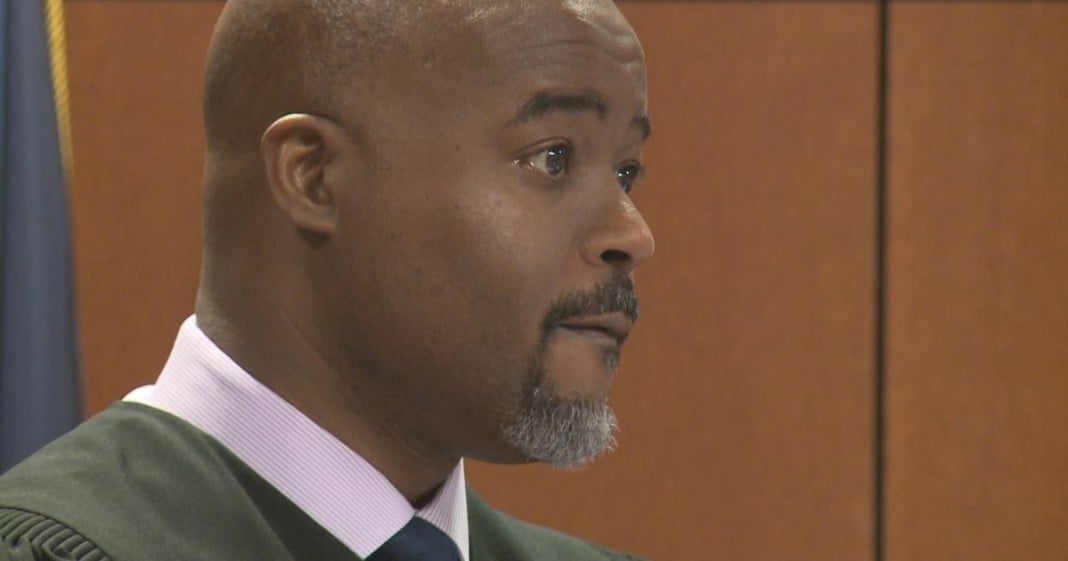 The only thing worse than a racist is a stupid racist, and that is exactly what a court in Kentucky was forced to deal with on Monday when Adam Satterly shouted a racial epithet in the courtroom of an African American judge.

Judge Olu Stevens had just revoked Satterly’s bond when the man shouted “punk ass n*gger” as he was being escorted out of the courtroom. Satterly claimed that he was addressing his brother, not the judge.

Judge Stevens called the man back in the room and proceeded to chastise him like the stupid child he is, giving him 60 days in jail for contempt.

“I’m going to give you 60 days for having used that word. I’m going to hold you in contempt right now for having done it in this courtroom. It’s disrespectful; don’t ever do it again.”