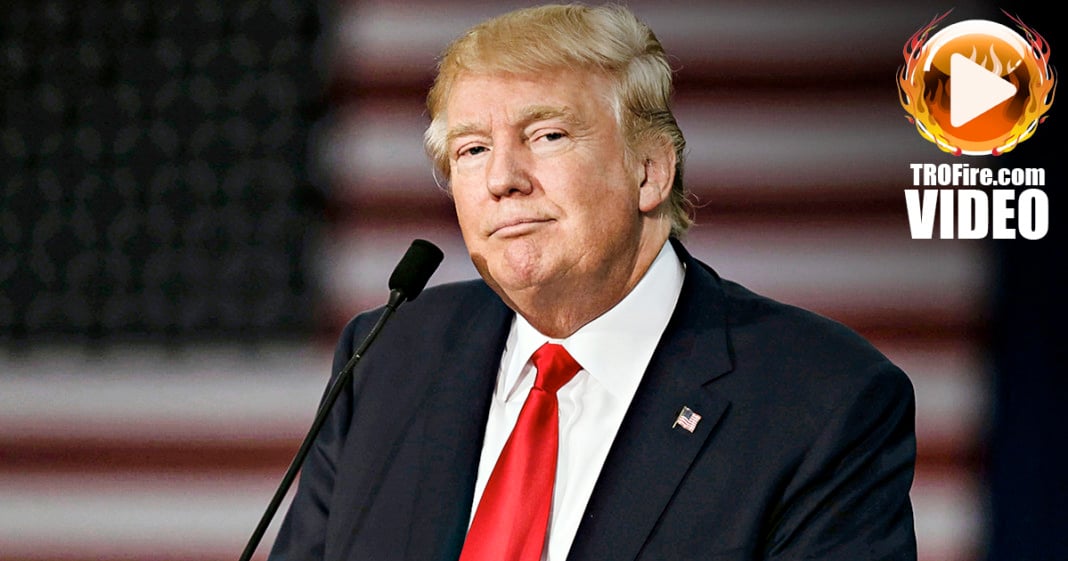 It was only a matter of time, but Donald Trump is now a top recruiter for ISIS.

The terrorist group has released a new recruitment video featuring Trump making the statement that the best way to combat terrorism is to bar Muslims from entering the United States. The video contrasts Trump’s statements with warnings from deceased Al Qaeda leader Anwar Al-Awlaki where he told Muslims more than 5 years ago to be wary of the coming tsunami of anti-Islamic rhetoric coming from the United States, and warnings that the U.S. would, in the future, turn on its own Muslim citizens.

And thanks to Donald Trump and his supporters, that future is apparently now.

Ironically, Hillary Clinton’s campaign had to walk back comments that Clinton made during the last Democratic debate where she said that Donald Trump was ISIS’ top recruiter and that videos of Donald were being shown to Muslims to get them angry at the U.S. It turns out that Clinton was absolutely correct.

Both Al Qaeda under Osama bin Laden and ISIS today have made it clear that the best way they can gain power and support is for the United States to live under a blanket of fear, because that fear will inevitably lead to persecution of Muslims, and that is exactly what’s happening today. Everything that these terrorist groups wanted to happen is currently happening – again, all thanks to Republicans – and they are now using these Republicans to their advantage.

Here’s what makes this situation so much worse – Donald Trump doesn’t care that he’s helping terrorist groups grow more powerful. He doesn’t care that it is his language that is putting American lives at risk. And that’s because the man is a complete sociopath. He has lived his entire life without consequences. He has never had to answer to anyone at any point in his life. He was born a millionaire and so he’s always had a special kind of privilege that most Americans can only dream of. But that privilege is also his biggest weakness as a human being. It has caused him to lose touch with reality and emotion. He doesn’t feel empathy towards anyone – all of his decisions are made with one thing in mind – How will it help Donald Trump?

Maybe he does know that his comments about barring Muslims will play into the hands of ISIS, but he also knows that these statements will resonate very well with the racist base of the Republican Party, so he disregards all the negatives because it will personally benefit him.

Right now, Donald Trump is still the leader in the Republican field, and as we inch closer and closer towards the very first caucus in less than a month, his behavior becomes even more dangerous. Because if he becomes the Republican nominee, ISIS is going to have an amazing year, because it will mean that they have already won…