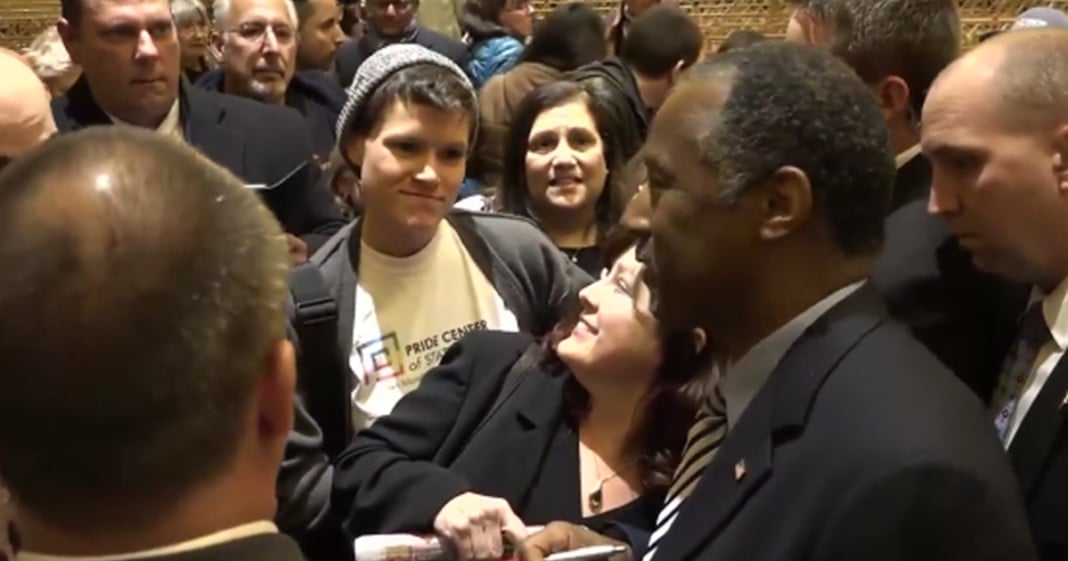 At a town hall meeting in New York, Republican presidential candidate and unapologetic bigot Ben Carson was confronted for his despicable views regarding homosexuality.

“Do you think I chose to be gay,” a woman asked Carson.

“Did you choose to be gay?” Carson responded.

“Yes, do you think I chose to be gay?” She asked again.

“I think you’re full of shit,” she said, walking away.

Carson has previously stated that being gay is a choice, referring to people who “go into prison straight and when they come out, they’re gay.”

WATCH: @realBenCarson confronted at Staten Island town hall: "Do you think I chose to be gay?" https://t.co/gL3N7TXpO1