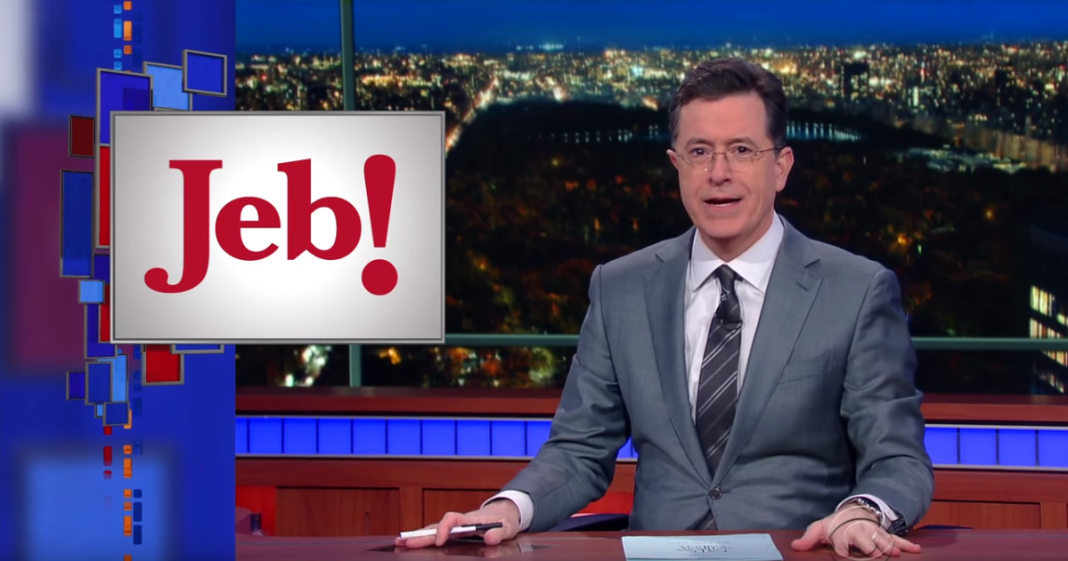 Stephen Colbert has returned to “The Late Show” after the holiday break and he is taking time to examine the new political developments, starting with Jeb Bush’s changing campaign.

If you were unaware, Jeb Bush’s signs and bumper stickers left off his famous last name in favor of the simplified “Jeb!”

“That exclamation point right there at the end really gets your attention away from what his last name is. That’s the end of the sentence, Jeb! Jeb what? I have no idea.”

The exclamation has been a giant flop, and the Jeb! campaign has since let the copyright on the punctuation-ed title lapse.

“This is, and I mean this sincerely, the most interesting development ever to come out of Jeb’s campaign”

Colbert suggests that Jeb’s campaign now has the ability to explore other punctuation options such as a question mark, a comma, and even a semi colon.