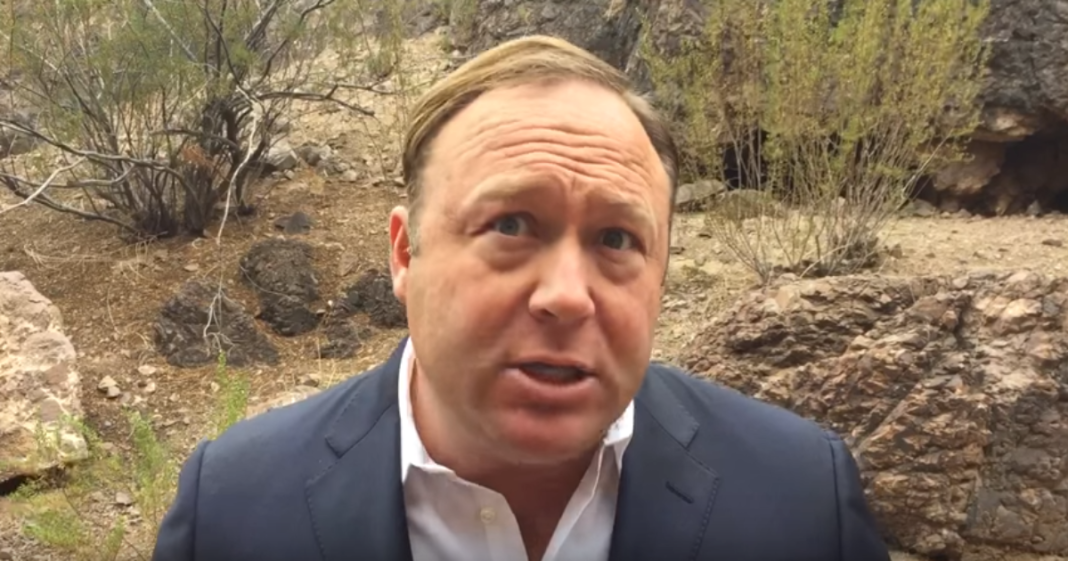 Alex Jones released a video onto his YouTube channel showing himself standing outside in a clearing with boulders and scraggly bushes, saying that he believes that the Oregon occupation is an event orchestrated by the government in order to implement martial law.

So a group of extreme right wing, anti-government knuckleheads whose sole initiative is to overthrow and defy the government was created by the president? It’s well-known that extreme conservatives love their Obama conspiracy theories, but this is just too far.

It’s time to face the facts, once and for all, that Fox News and the right wing media created this monster, and they are responsible for whatever violent or idiotic events that happen from this point on.

Clearly, it is political suicide to openly support government insurrection, so these right-wing nuts are having to strain themselves to find another angle. Try again, Jones.