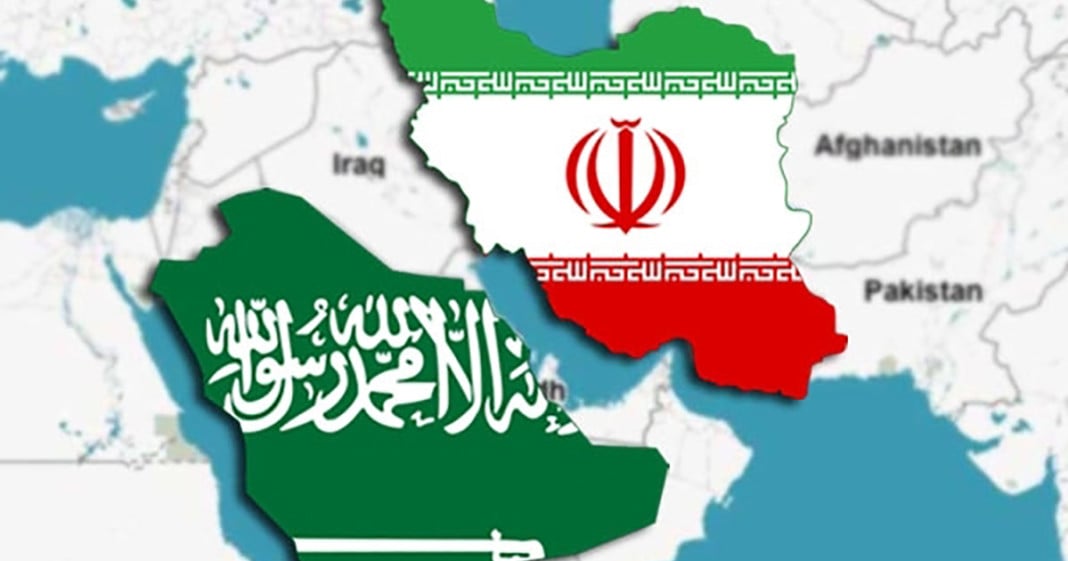 The world is watching and waiting for the long-simmering rivalry between Saudi Arabia and Iran to explode – as it surely will, unless diplomats can pull it out of the proverbial fire. This latest round of saber-rattling between the two Middle Eastern powers was sparked by the recent execution of Shiite cleric Nimr al-Nimr and 46 of his followers this past weekend on charges of “sedition” (i.e., criticizing the Saudi government and the Royal House of Saud).

The term “Shiite” is key to the entire matter.

Most people understand that there are two rival sects of Islam, one of which is Sunni and the other – a distinct minority in Saudi Arabia – being Shiite, or Shia. Saudi Arabia, with its overwhelmingly Sunni population, is the home of Mecca, the holiest city in Islam, to which devout Muslims are expected to make a pilgrimage at least once during their lives. Iran’s population is primarily Shiite. These two sects have been at each other’s throats practically since the passing of the prophet Mohammad  in the year 632 CE.

Prior to Mohammad, Arabia was inhabited by tribal clans belonging to two loose confederations. One, the Banu Qais, was aligned with the Byzantine Empire, the major Western power of the time. The other was the Banu Kalb, which allied itself with Byzantium’s regional rival, the Sassanid Empire, sometimes known as the Late Persian Empire – Persia being the ancient name of Iran. Under Mohammad, the new religion of Islam brought some degree of unity to the Arabian peninsula. It didn’t last. The prophet Mohammad had barely been laid to rest when there was a dispute over his successor.

Shortly before his death, Mohammad delivered what is regarded as his “Farewell Sermon,” in which he referred to his cousin and son-in-law, Ali ibn Abi-Talib, calling him “the executor of my will, whose appointment as your guardian and leader has been sent down to me from Allah.” For nearly 1400 years, Shia Muslims have interpreted that passage to mean that Ali, Mohammad’s closest male relative, was his legitimate heir and successor. He is recognized by Shias as the first caliph.

The Sunnis, on the other hand, believe that Mohammad’s father-in-law, Abu Bakr, was the prophet’s true heir and successor, being the first one outside of Mohammad’s family to publicly declare his adherence to the new faith. Based on statements Mohammad made toward the end of his life and the fact that he was the prophet’s close companion throughout his life, the mainstream Muslim community of the time elected Abu Bakr to be the first caliph.  Initially, Ali and his family accepted the decision for the sake of maintaining unity. He eventually became the fourth caliph, but held that office for only five years before being assassinated in 661.

Essentially, the schism is not about religious doctrine and theology, but rather political leadership. According to Shia Islam, that leadership is based on bloodline, and that only a relative should have succeeded Mohammad. According to the Sunnis, that successor could have been any pious man. Beyond that, the differences between Sunni and Shia are superficial – not much greater than those between Roman Catholicism and Eastern Orthodoxy. Over the centuries, however, Sunnis have become the vast majority, dominating Islam from West Africa to Southeast Asia. They comprise around 85% of the Muslim population. The Shia population is largely centered in Iran, with significant numbers in Iraq, Syria and Lebanon as well as Afghanistan and Pakistan.

In Saudi Arabia, the Shia minority has long been a thorn in the side of the Royal House of Saud – and one that Iran has been all-too-willing to exploit. In 1979, the people of Iran overthrew the pro-Western Shah and replaced with its current, theocratic, anti-Western form of government under the Ayatollah Khomeini. Iran’s territory is also close to Saudi Arabia’s oil fields, where much of that nation’s Shias have lived. Saudi Arabia’s alliance with the U.S. never sat well with Tehran, and Iran’s revolutionaries made efforts to export their rebellion through propaganda. In response, the Saudi government arrested Shia activists, but also attempted to smooth things over by promising more public services and facilities to Shia communities.

Matters nearly came to a head in 1987 when Iranian Shia pilgrims in Mecca clashed with Saudi police and soldiers during a protest against Israel and the U.S. Over 400 were killed, 275 of them being Iranians. Iranian leader Khomeini accused the Saudis of being murderers and attempted to foment rebellion among Saudi Shias. Following the bombing of an oil pipeline several months later, the Saudi Government executed several Shias, placing restrictions on the Shia population and sanctioning acts of violence against them.

The tide turned again following the end of the first Gulf War. In 1993, Saudi Arabia offered amnesty to the country’s Shias, releasing many leaders from prison and allowing others to return from exile. In 2003, a group of Shia and other minority leaders attempted to open a series of “National Dialogues” as anti-Shia sentiment began to rise again. Prominent Shias petitioned Crown Prince Abdullah for equal rights, including the right to due process in Shia religious courts (interpretation of Islamic law is one area of difference between the two sects).  It did little good: within three years, hardline, right-wing Wahhabist clerics were again advocating violence against Shias, while mainstream clerics called upon the “heretics” to convert to the “true faith.”

Today, the Saudi government only allows “notable” Shias to serve in government; in return, these Shias are expected to keep their constituents in line. The Shia situation is a powder keg – and the recent execution of a prominent Shia cleric and his followers now threatens to be the spark that will set the whole thing off.