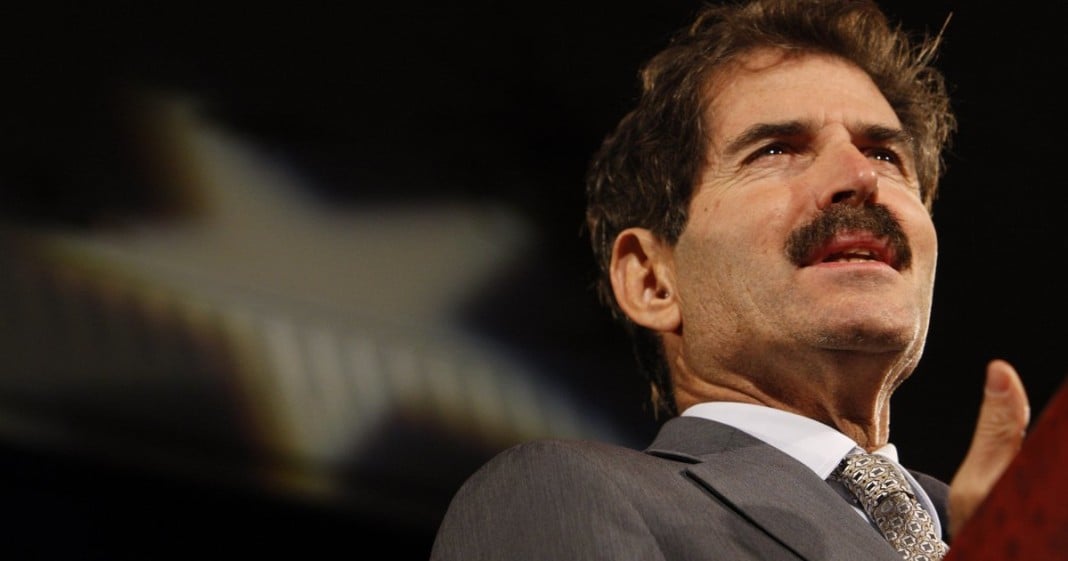 On Fox Business Network Monday, host John Stossel revealed that he has a completely outdated, sexist, and dangerous view of sexual consent, and that he is completely flabbergasted that educated young people don’t view consent with the same incredulity as himself.

Stossel cannot see the issue from any other angle than a stereotypical one. Consent is not something only women give to men, and it is not something that is a magic “on” switch with no way to turn it “off” again.

Stossel is afraid of the idea that if either sexual partner is not okay with something sexual happening, that they have a right to stop the act, and that their partner has a responsibility to pay attention to cues and words in order to continue to establish consent. It’s really not that difficult.

It is not as Stossel and his co-host indicate, an issue which needs a tape recorder, but rather a way to educate individuals that a “yes” to one sex act is not necessarily a “yes” to another.

Considering that there is an epidemic of rape culture in America, Stossel mocking the very real threat of rape and sexual assault in colleges is insulting and dangerous. We don’t expect much from Fox around here, but Stossel should be ashamed.