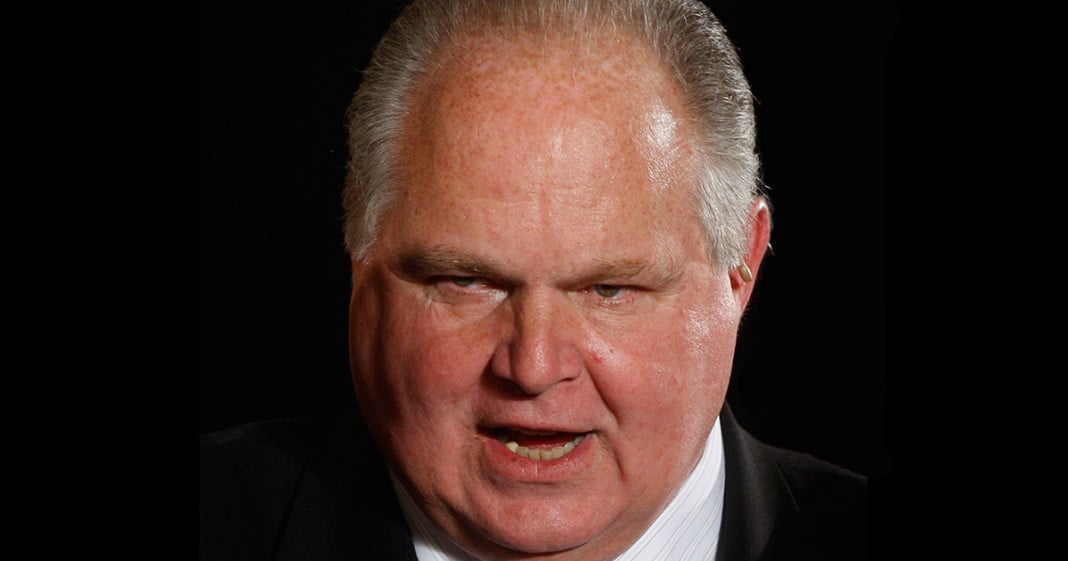 Rush Limbaugh is spinning into overdrive as he grasps for significance heading into the 2016 election cycle. His fervor has recently taken a turn against Hillary Clinton while trying to defend Republicans against claims that their extreme rhetoric aids terrorist recruitment efforts. Limbaugh claims that donors to the Clinton Foundation have also helped fund terrorist video production.

Limbaugh: Now this group that made the video on demand. I mean there wasn’t a video of Trump’s comments and Hillary comes out and says there is one, not that there will be one, she says there is one. And there wasn’t. It was an easy matter to predict, that there would soon be one. I even thought that if the terrorists didn’t produce one, that the Hillary, that the Clinton Foundation would donate enough money to a terror group to do it themselves. You know, that’s the other thing, I’ve been thinking even more about what we know with the donors to these Clinton Foundations, these so-called charities.