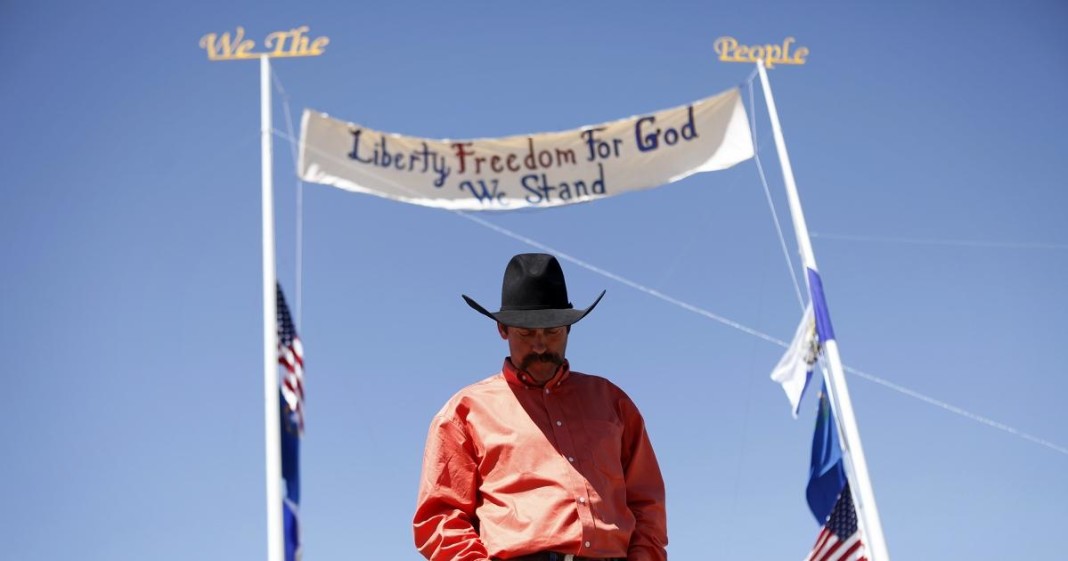 It turns out that the armed terrorists who have overtaken the Malheur Wildlife Refuge in Oregon are nothing more than the welfare queens they no doubt bemoan as they have benefited again and again from government subsidies, loans, and discounts over the years.

The ringleader of the group, Ammon Bundy, received a state-funded loan in 2010 because he did not qualify for private credit assistance. The price tag for the taxpayers? Around $22,000.

Additionally, the ranchers claim that the federal government is bleeding ranchers dry by charging exorbitant grazing fees on federally leased land, when truthfully the price for grazing on federal land is many times cheaper than on private land. And of course, it is on the taxpayers to cover the cost for the management of the lands.

Ranchers in Nevada (where the Bundy’s live) also get to lease land for their private businesses at a steep discount. Taxpayers end up paying $52 to $200 million per year.

Ranchers also rely on the federal government to supply “emergency” feed when no emergency is in place ($26 million), and to kill off predators which might endanger their cattle ($55 million).

These terrorist thugs should reconsider whether or not they want government “interference” after all.