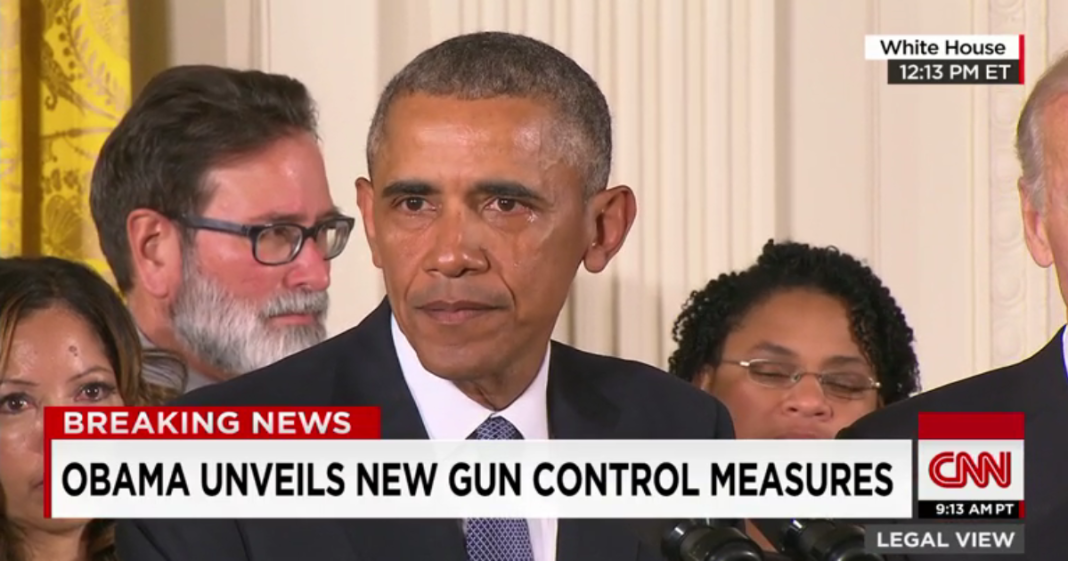 On Tuesday, President Obama addressed the nation in a speech where he released his much anticipated executive order on gun control.

The president addressed the countless casualties of inaction regarding gun control in America, saying,

“Every time I think about those kids [at Sandy Hook], it gets me mad.”

The President paused to wipe away a few tears.

“And by the way, it happens on the streets of Chicago every day.”

The President’s executive order will require individuals “in the business of selling firearms” to register as licensed gun dealers, therefore requiring them to run background checks like any other legitimate gun dealer. This closes the gun show loophole which previously existed which also allowed sellers to not have to keep formal sales records.

The President has also passed measures to hire more employees for the current background check system in order to make the process more efficient and more accurate. Additionally, the President has put forth measures to require dealers to report when weapons are lost or stolen.

Finally, the President is pushing for increased mental health education and treatment, vowing to put $500 million towards expanding the mental health system.

Republicans will no doubt tear this reasonable measure to pieces, but before this issue gets talked to death, may we just say thank you, Mr. President; it’s about time.