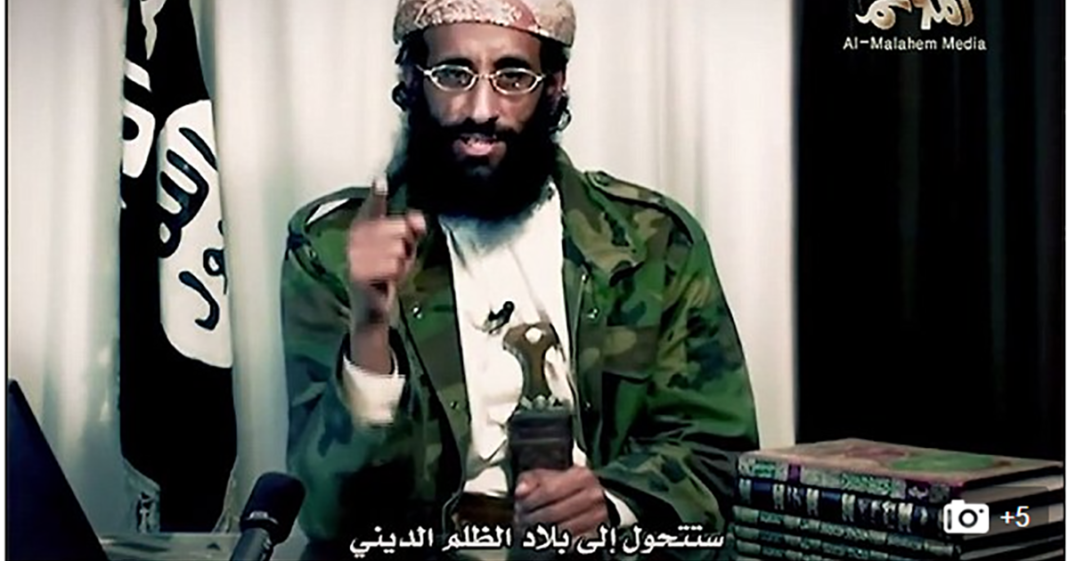 If Donald Trump fails in his quest to become the 45th President of the United States, he’ll always have a career in terrorist propaganda.

For months now, security experts have been warning us that Trump’s call for a ban on all Muslims entering the United States was going to become a recruitment goldmine for terrorist groups.

Well, those security experts were right.

Al-Shabab, a Somali terrorist group linked to Al Qaeda, has just come out with a new recruiting video, and Donald Trump plays a starring role, comb-over and all.

While appearing in a terrorist recruitment video probably won’t do much to hurt Trump’s campaign, it does clear up one thing: contrary to conventional Beltway thinking, Donald Trump is, in fact, a real Republican.

Some people, and by “some people” I mean establishment Republicans who are terrified that he’ll actually win the nomination, don’t think Donald Trump is a real Republican.

They point to his past support for universal healthcare, the Clintons, and Democrats as proof that he’s a donkey in an elephant’s clothing.

But these establishment Republicans are wrong.

And that’s not just because he’s spewing hate speech, degrading women, or flirting with fascism.

It’s because, like all true Republicans, Donald Trump is doing his part to fuel terrorism, at home and abroad.

I know what you’re thinking: “Republicans hate terrorism! They want to carpet bomb ISIS! They want to torture all the bad guys! They want to go all Terminator on Abu Bakr Al-Baghdadi! And you want me to think they support terrorism? Yeah right, buddy!”

Well, here’s the dirty little secret Republicans don’t want you to know: they’re just as bad as Jihadi John when it comes to making people want to kill Americans.

Everything they’ve done to “fight” terrorism over the past decade-and-a-half has actually done the exact opposite.

The Iraq War, Guantanamo Bay, the CIA’s torture program — they were all free propaganda for groups like Al Qaeda and made terrorism a bigger problem than it already was.

There wasn’t even a suicide bombing in the 7,000-year-long history of Iraq before Bush and his neocons blew that country apart!

And here’s the thing: it’s not some big secret that Republican policies play a big role in creating terrorism.

Terrorists themselves have told us that they killed Americans not because they hated our values or thought we were “weak”, but they were mad about Republican policies in the War on Terror.

For example, Dzokhar Tsarnaev, one of the two Boston Marathon bombers, left a note for police claiming that his attack on one of the biggest sporting events in the country was revenge for Bush’s wars in Iraq and Afghanistan.

Other terrorists like Times Square bomber Faisal Shahzad, Fort Hood shooter Nidal Hassan, and “underwear bomber” Umar Abdulmutallab have all said similar things about why they did what they did.

They all said that they were retaliating against the mostly Republican-supported policies of our government, which have caused the deaths and displacement of millions of Muslims all over the world.

Which brings us back to Donald Trump.

At this point, it’s no longer just a debating point to say that he’s a walking, talking terrorist recruitment campaign.

Not when he appears in a terrorist recruitment video.

Not when he’s literally doing the terrorist’s job for them.

Of course, that doesn’t make him any different than any other Republican.

The Grand Old Party has been supporting terrorism for decades now, through its policies and its rhetoric and, as Osama Bin Laden pointed out in 1998, that’s been a real boon for Halliburton and other members of the Republican’s military-industrial complex donors.

Donald Trump is just the logical conclusion of that dark, dark trend.