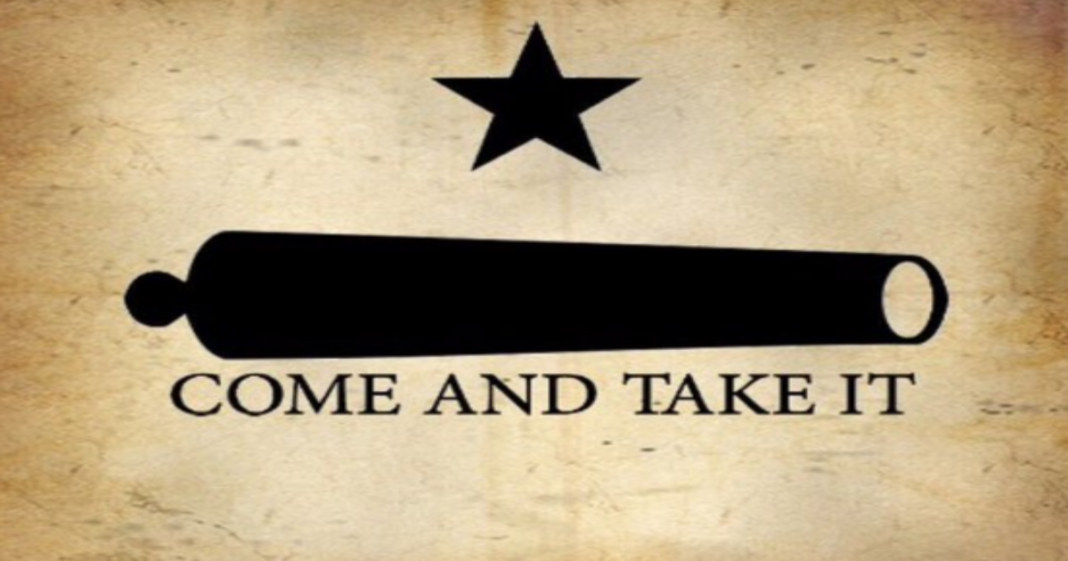 Texas Governor Greg Abbott is exactly the sort of man one would expect of a right-wing Republican politician; he hates Planned Parenthood, refugees, and Democrats, but loves God and guns.

Which is why it should come as no surprise that the GOP Governor responded to President Obama’s potential executive order on gun control with this threatening message.

The graphic and the phrase hearkens back to the Texas Revolution and was probably used in jest, but with the current state of things, we wouldn’t put it past him to be dead serious.

Clearly, you’ve got a governor threatening our president, whether he considers it to be a cheeky graphic rather than a real threat or not. As of yet, Abbott hasn’t released an apology or retracted his statement.

With all of the direct domestic terrorism occurring in Oregon right now, this is no time to be making half-threats at the POTUS.