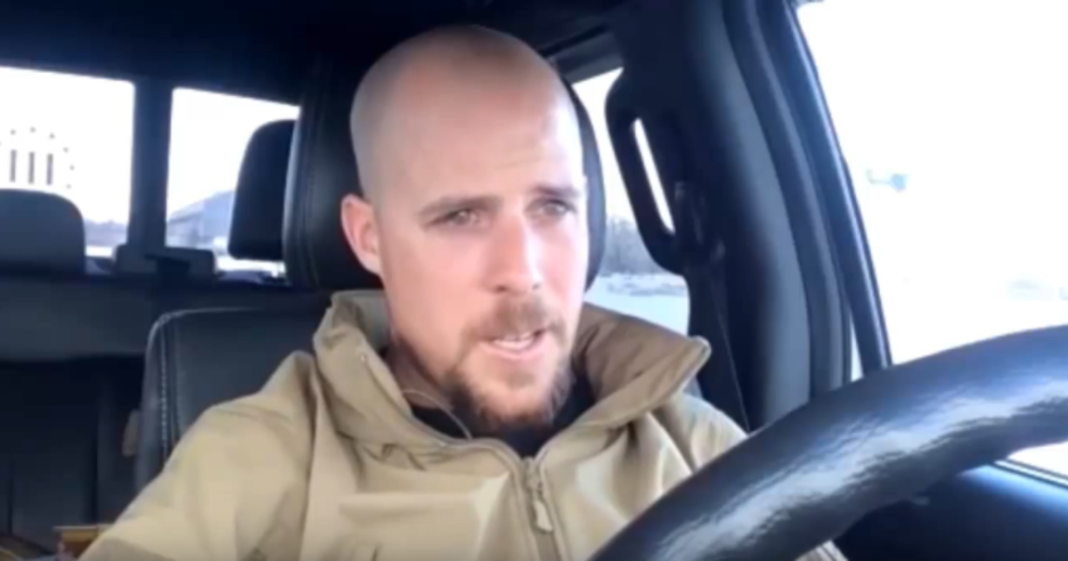 Jon Ritzheimer, one of the ringleaders of the domestic terrorism attack currently ongoing in Oregon, released a video on YouTube on Sunday, publicly telling his family goodbye and explaining the reasons he believes in his act of defiance and violence.

By posting this onto the public YouTube website, Ritzheimer shows that he is not truly trying to send a heartfelt message to his family, but rather attempting to garner sympathy for his movement and trying to draw others into his delusional group.

Ritzheimer seems very passionate about his cause, claiming that the Hammond’s situation is “disgusting,” and saying that he hopes Dwight Hammond “sees this video,” so that he can die “out here as a free man,” rather than in prison. Of course, the Hammond father and son have denounced the group, saying that they plan to surrender on Monday as directed.

This veteran has been brainwashed to believe that his cause of protecting two arsonists, who don’t want his protection, is worth losing his life and the life of his daughters’ father. This is the insanity that the United States government is up against, and we can only hope that these men soon realize that they are pawns, not patriots.

Watch our commentary on the insanity occurring in Oregon: