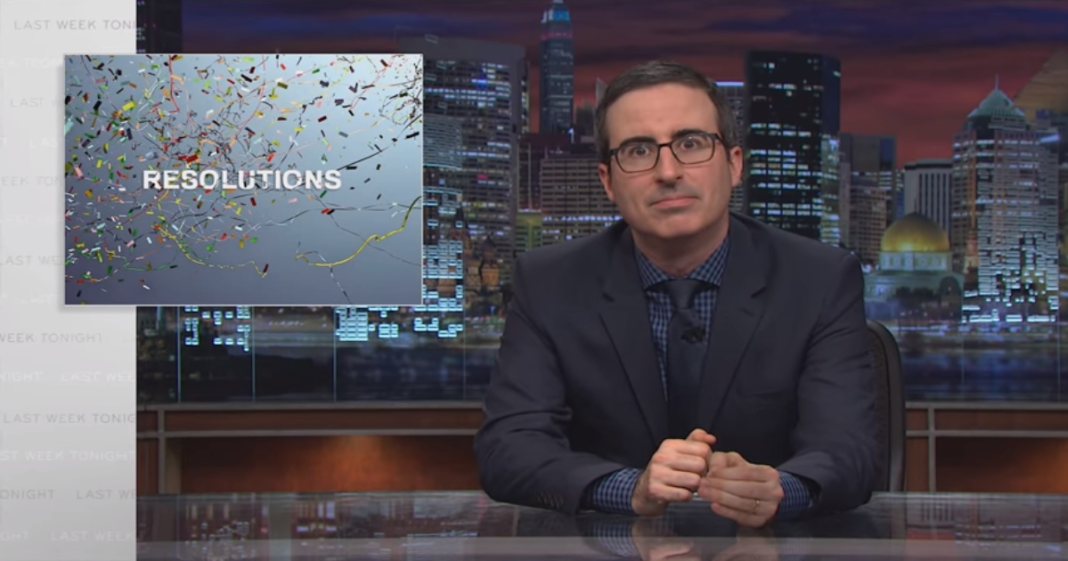 John Oliver released a pre-taped clip of his show “Last Week Tonight” on Sunday to help New Year’s resolution-makers deal with the inevitable disappointment of broken promises so close to the new year.

Oliver suggested that once a resolution is broken, the key is to lower your standards and revise the resolution in order to be more attainable.

For example, rather than committing to jog every day, one should instead be committed to raising one’s heart rate every day during activities like waking up late for work and taking a pregnancy test.