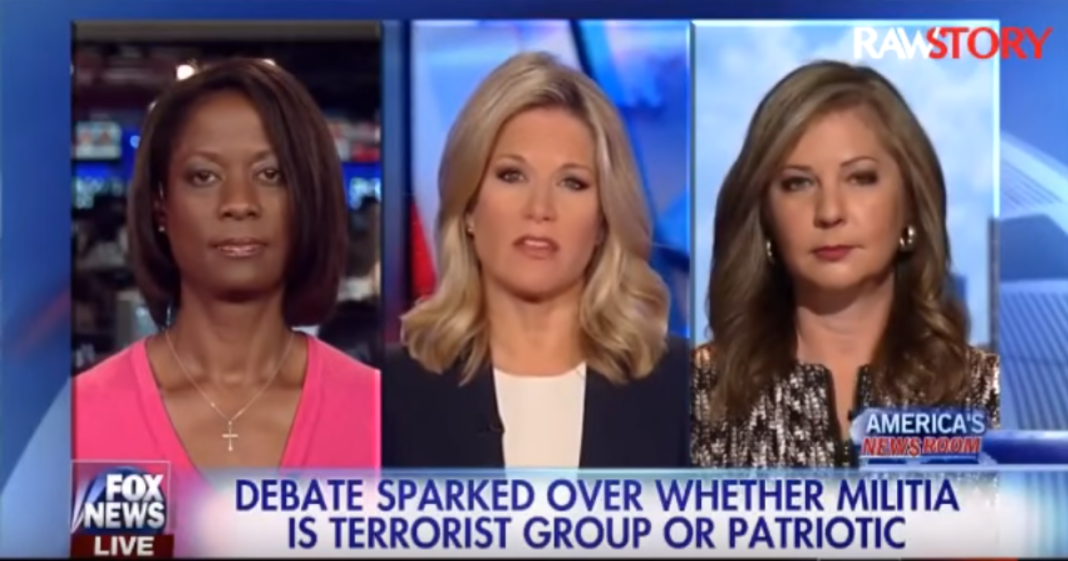 During a discussion on Fox News on Monday, correspondent Deneen Borelli defended the vigilantes in Oregon, saying that unlike the Black Lives Matter movement, the Y’all Qaeda were justifiably fighting a “government gone wild.”

Borelli described the Oregon militiamen as “peaceful” despite the fact that they are armed and have threatened violence.

Considering that Fox News is responsible for fanning these flames of anti-government sentiment through the agenda of Roger Ailes, it isn’t surprising that they are fighting tooth and nail to side with domestic terrorists and continuing to push the false narrative that this event is related to issues of federal land-ownership, rather than a misguided attempt to overthrow the government.

Borelli is completely ignoring the undeniable fact that if the Black Lives Matter movement had shown up at any point waving guns and occupying a federal building, they would have been labeled “terrorist” immediately by the Right wing media. It is only because it is white men instead of brown men that these networks are hesitant to call a spade a spade.