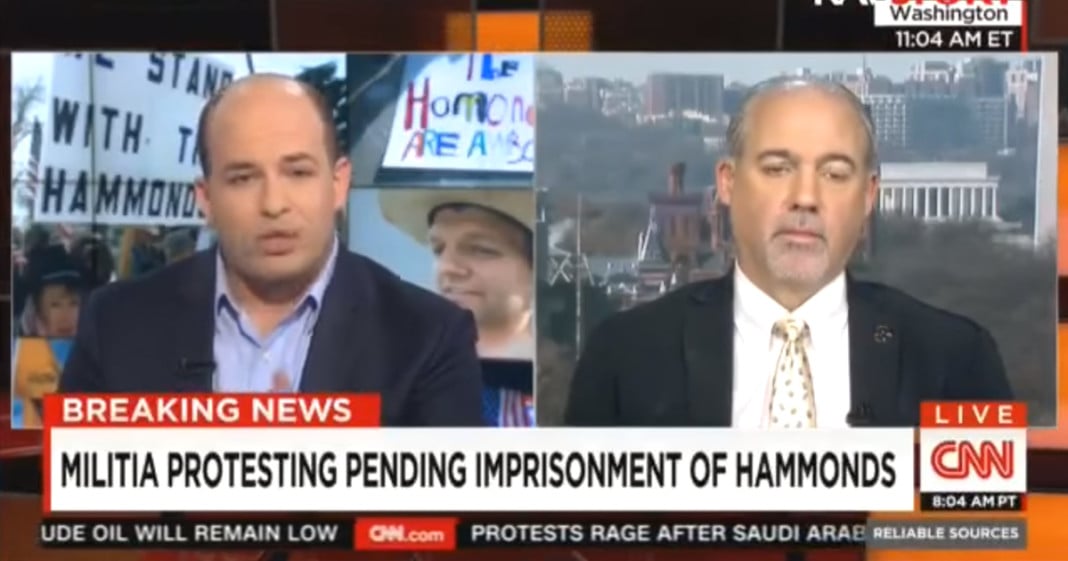 Mainstream media continues to provide its bigoted and divisive “analysis.” CNN’s analyst Art Roderick concluded that the armed protesters who took control of a federal building in Oregon are not as bad as the Black Lives Matter protesters because they are not “looting or anything.”

The group of armed protesters included members of the infamous Cliven Bundy’s family. They seized the Malheur Wildlife Refuge headquarters in protest of prison sentences issues to two arsonists.

Roderick claimed that the protesters’ actions did not call for the use of force.

“The last thing we need is some type of large confrontation because that’s when stuff goes bad,” he said. “And I think in this particular instance, if we just wait them out, see what they’ve got to say, then eventually, they’re all going to go home.”

With regard to the threat posed by the protesters and answering criticisms that had the protesters been members of Black Lives Matter or Muslim Americans, the event would probably be playing out very differently, Roderick claimed it was right to treat the groups differently.

“This is a very rural area,” he said. “It is out in the middle of nowhere. What are they actually doing? They’re not destroying property, they’re not looting anything.”

“I mean, there’s a whole separate situation going on as to exactly why they’re there and that will be worked out through the legal process,” he went on. “But I think now that they’ve taken over this location out at the fish and wildlife, this brings in the federal side. And I know the federal government has learned over the years how to deal with these types of incidences.”

Watch the segment below.