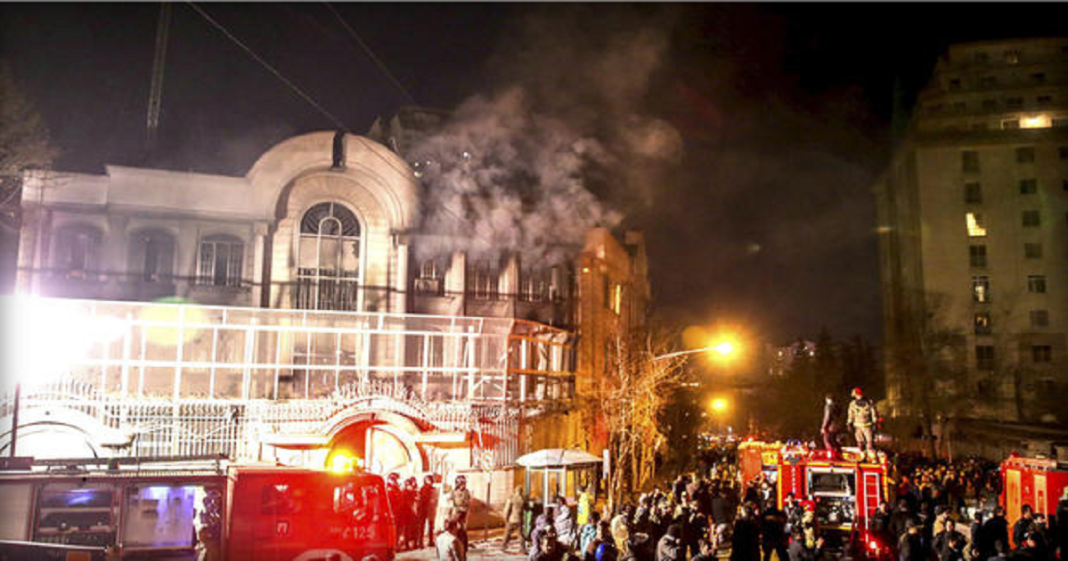 Tension between Saudi Arabia and Iran intensified on Sunday when Iran warned Saudi Arabia of “divine revenge” after the kingdom performed its largest mass execution in three and a half decades.

In Tehran early Sunday, a large number of protesters assembled outside the Saudi Embassy, chanting and throwing things like stones and Molotov cocktails. A fire was set off in part of the building as a result and police later came in and removed the protesters, arresting around 40 and calling the situation “diffused.”

Saudi Arabia executed 47 people after the demonstration, including three Shiite dissidents and a number of al-Qaida militants.

One of the dissidents was opposition Shiite cleric Sheikh Nimr al-Nimr, whose death  caused Iran’s Supreme Leader Ayatollah Ali Khamenei to remark that al-Nimr “neither invited people to take up arms nor hatched covert plots. The only thing he did was public criticism.” Iran officials also referred to the killing as a “medieval act of savagery.”

In return, Saudi Arabia accused Iran of supporting terrorism, saying that their defense of terrorism makes them a “partner in their crimes in the entire region.”

Both in Syria and Yemen, the two nations are on opposite ends of regional wars, with Sunni Saudi Arabia and Shiite Iran forever locked in a rivalry.

Iran officials argued that “peaceful opposition is a fundamental right. Repression does not last.” The Ayatollah also referred to the protesters as martyrs and said that their blood was “unjustly shed.”