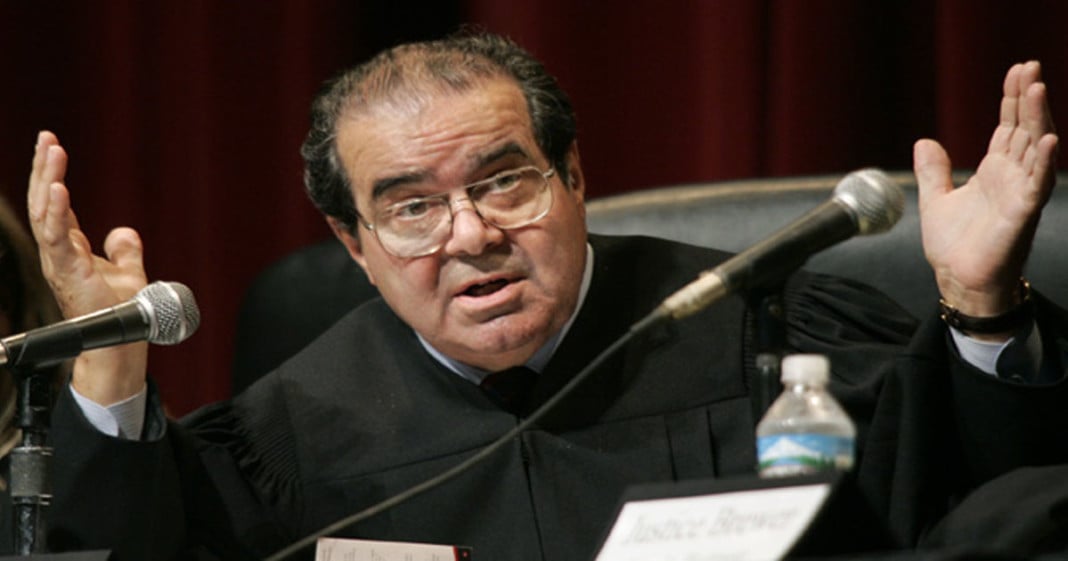 Supreme Court Justice Antonin Scalia told a room full of Catholic High School children in Louisiana on Sunday that rather than be concerned that politics and religion are so tightly interwoven, they should be glad for a close government-religion relationship as Scalia believes that America’s frequent official mentions of God are most likely what has given the USA its successes over the years.

“To tell you the truth there is no place for [government neutrality between religion and lack of religion] in our constitutional tradition. Where did that come from?” he said. “To be sure, you can’t favor one denomination over another but can’t favor religion over non-religion?”

That Scalia believes that our constitution allows for discrimination against non-religious individuals is disturbing to say the least.

“I think one of the reasons God has been good to us is that we have done him honor. Unlike the other countries of the world that do not even invoke his name we do him honor. In Presidential addresses, in Thanksgiving proclamations and in many other ways.”

Scalia’s rabid protection of the religious in this nation is misplaced and foolish as anyone can clearly see that religion, particularly the Christian religion, is heavily involved in our government and society.

Scalia’s comments are not a defense of Christianity, but rather an attack on non-religious individuals. Stated simply, this Reagan-appointed supreme court justice has openly supported a religion-based discriminatory practice, and that cannot stand.