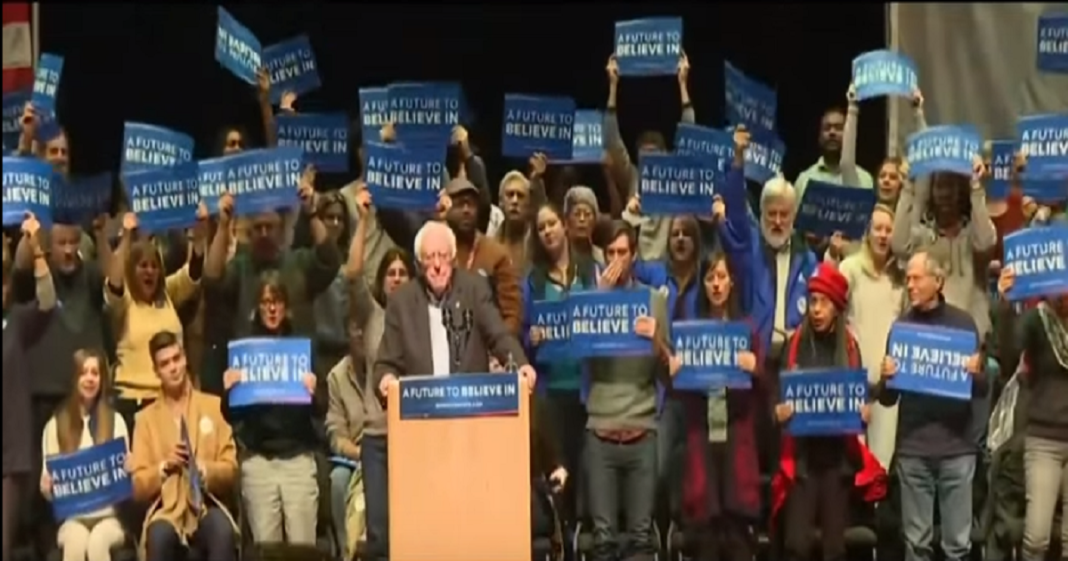 In this election cycle, the media and the American public have been no stranger to protesters infiltrating rallies and speeches of various political candidates (Most being the Orange Man, please don’t make me say his name).

One such protester found his way to the front of a Bernie Sanders rally, shouting and holding up a sign which said “Obama is as Christian as Bruce Jenner is a woman.”

Bernie attempted to shout over the man but appeared visibly frustrated. In response, the crowd began shouting “Bernie,” until the protester was peaceably removed.

As the man left the room, Mr. Sanders said, “I say to Mr. Trump and his supporters that the billionaires of this country will not continue to own this nation.”

The protester was not beaten, his life was not threatened, and the Senator did not urge the crowd to attack or disparage the man.