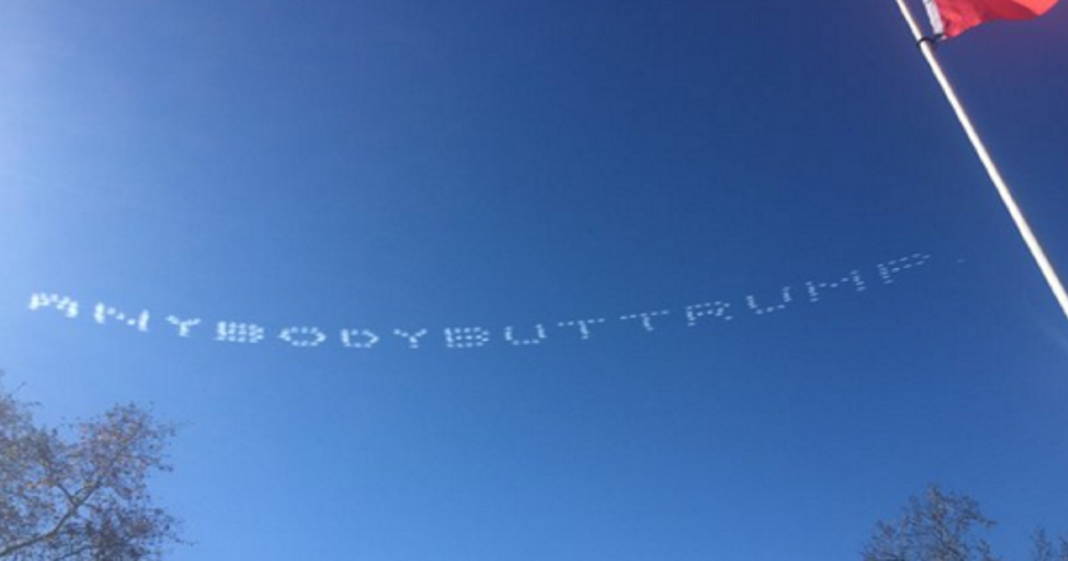 Near the end of the 127th Rose Parade in Pasadena, California, a massive line of skywriting  created by multiple planes appeared in the sky over thousands of parade attendees.

The writing said, “America is great. Trump is disgusting. Anybody but Trump,” and extended over the entire 5.5 mile parade route.

Stan Pate, 57, from Tuscaloosa, Alabama has taken credit for the display, saying that he is tired of the presidential candidate using hate to propel himself to the White House.