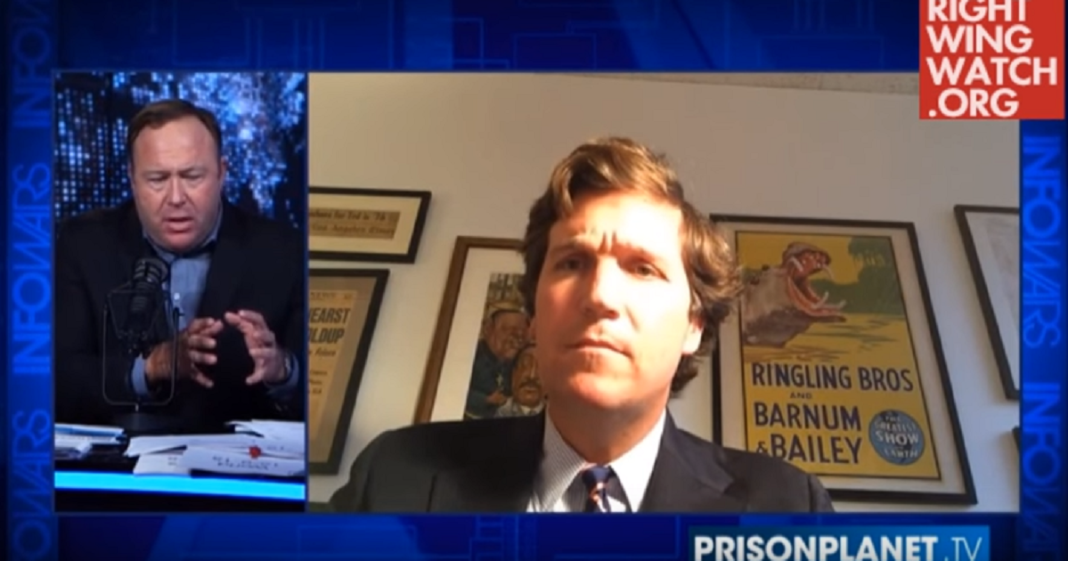 During a recent interview between Alex Jones and Tucker Carlson, the right-wing losers spewed lie after lie about the Democratic party and what it represents. Clearly, these two are feeling the pressure that has come from their increasingly extremist and fractured party and are trying their best to make the other party seem like the one who has gone off the rails.

Jones’ impressions of what he considers to be the average Democrat will have you scratching your head wondering where he found these wild examples.

Jones then compared the Democratic party to the Nazi party. Good try, Jones, but that’s our shtick.