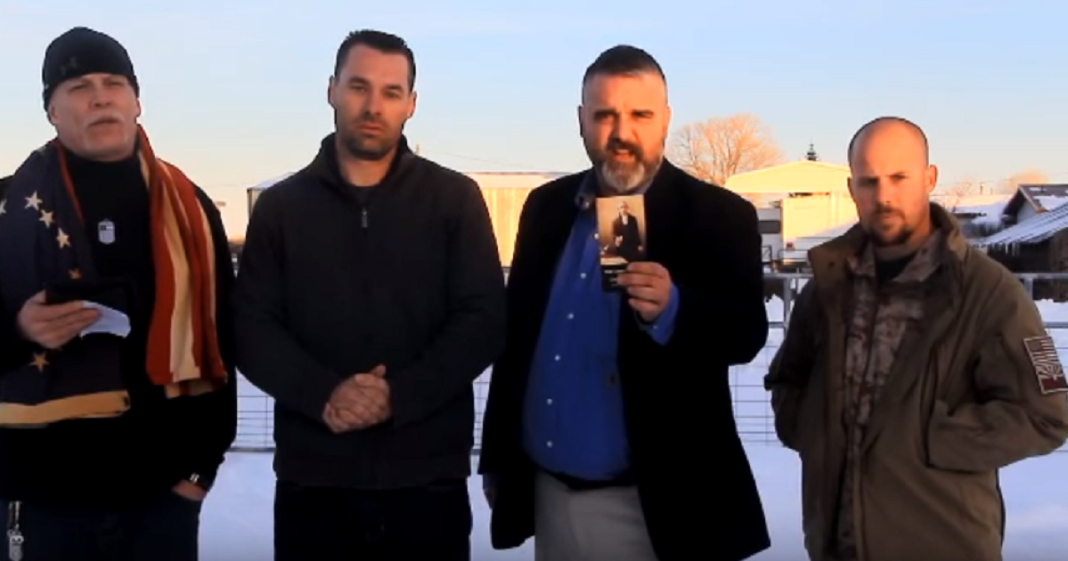 A motley crew of men in Oregon sent out a call to action on YouTube in defense of two arsonists who face up to five years in prison for starting a series of wildfires on federal lands in 2012.

A man wearing an American flag draped over his shoulders called for “all patriots, constitutionalists, militias, and good Americans who believe in the Constitution,” to support the arsonists, Dwight Hammond Jr. and his son Steven Hammond, in refusing to comply with a federal summons.

One of the men in the video, Ammon Bundy, is the son of Nevada rancher Cliven Bundy who successfully used this method of protest to escape the arm of the law because police were afraid that intervening in the large protest would escalate into violence.

Watch these bozos confuse defiance of the law with patriotism.