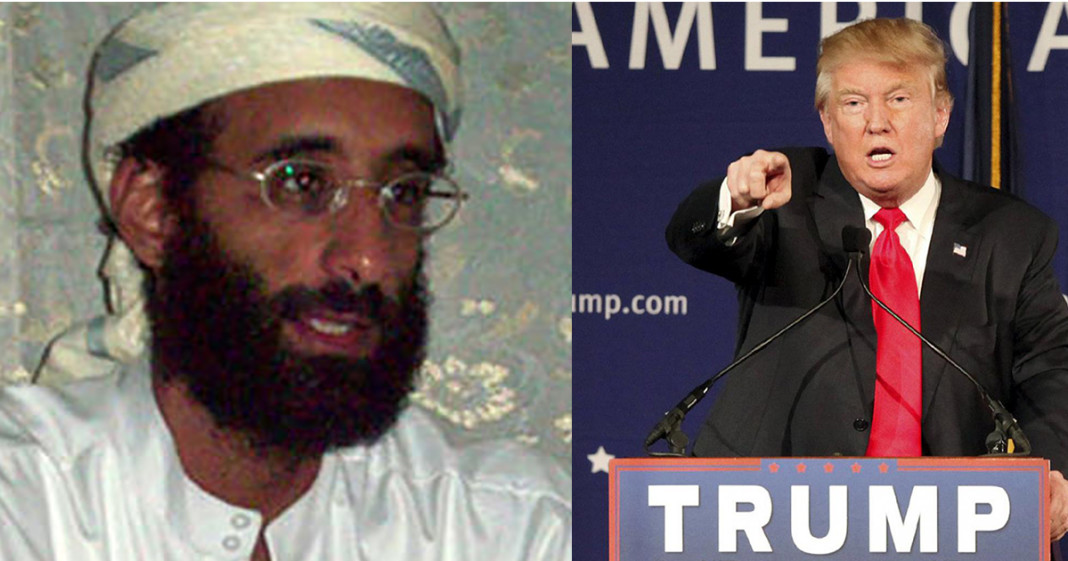 In the video, the deceased al-Qaeda leader Anwar al-Awlaki warns “Muslims of the West” to be cautious and “learn from the lessons of history.” “There are ominous clouds gathering in your horizon,” al-Awlaki says in English. “Yesterday, America was a land of slavery, segregation, lynching, and Ku Klux Klan. And tomorrow it will be a land of religious discrimination and concentration camps.”

The video then shows a clip from Trump’s South Carolina rally, where Trump stated: “And so remember this. So listen. Donald J. Trump is calling for a total and complete shutdown of Muslims entering the United States until our country’s representatives can figure out what the — is going on.”

The video returns to Al-Awlaki, who adds, “The West will eventually turn against its Muslim citizens.”