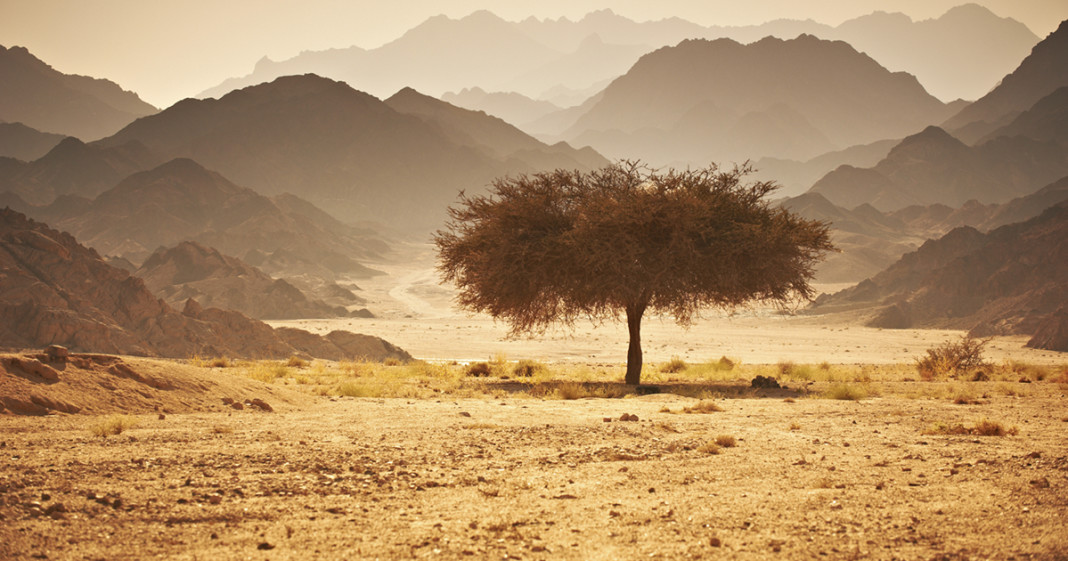 Fossil-fuel industry sycophants in Congress and oil company biostitutes continue to laugh all the way to the bank, denying any connection between their lucrative product and increasingly extreme weather around the planet. Meanwhile, a new study indicates that their laughter may be short-lived, as an impending disaster looms: massive forests die-off in the Southwestern United States.

This information comes from a research team at the Carnegie Institution for Science in Stanford, California, which has measured the impact of the Golden State’s ongoing drought – now well into its fourth year. Focusing on 41,000 square miles of conifer forests, the study found serious reductions of canopy water levels, where most rainwater is collected. It is this layer that provides humidity for the lower levels of the forest.

The implications should be obvious to even non-scientists – and they are dire. The ongoing drought could result in the loss of approximately 58 million trees. That’s how many are on the brink; if the drought continues unabated, those trees will surely die. Another 888 million trees are at risk.

It gets worse: working with climate models based on field observations and extrapolations of current conditions, scientists believe that the die-off will spread throughout the entire eco-region, which includes Arizona as well as major parts of Colorado New Mexico and Utah. By the end of the current century, conifer forests in the Southwestern U.S. could disappear entirely. Sara Rauscher, co-author of the study warned, “This region of the U.S. has beautiful, old forests with trees that you don’t find in many other places. A treeless Southwest would be a major change… to the overall ecosystem.”

That’s putting it mildly. Eventually, the entire region could turn into scrubland – and ultimately, a desert. Forests hold water from rain and snow melt; it is one of the reasons that woodlands are cooler. Scrubland contains much drier soil and is unable to retain water. Should those 58 million endangered trees die off, rainfall and summer runoff will simply flow into the hot interior valleys and quickly evaporate.

The 888 million other trees may not be in immediate danger, but they’re feeling the effects of drought stress as well. Because of heat and the lack of humidity, these trees are susceptible to the deadly bark beetle. This pest invariably kills the trees in which they take up residence. Gregory Asner, who led the study, says, “During drought, when trees are stressed, they’re more susceptible to infestation.” He adds, “The interaction between the bark beetle, the tree and climate – we’re just figuring it out now.”

Indigenous peoples have long understood how all life in a given environment is interconnected and exists in a delicate balance – and scientists have confirmed it. If the trees die off, it would have devastating consequences not only on other plant species, but on animals as well as beneficial insects and other life forms. It also increases the likelihood of wildfires. The eventual result: desertification. This doesn’t take into consideration the increase in greenhouse gases that will result, should so much vegetation disappear. This would accelerate the process of global warming, leading to a cycle that we may very well not be able to stop.

Asner hopes that the study will make it clear to state legislators and agencies just what is at stake and what decisions must be made in regards to where thinning is required in order to prevent wildfires. He also hopes that decision makers will be able to make better decisions on how to save what forests remain.

Unfortunately, the situation in California is just the symptom of a global problem. Earlier in December, 200 nations signed an agreement to take aggressive steps to prevent global temperatures from rising more than 2 degrees Celsius by 2100. But while the Paris Accord represents some progress in this regard, it falls short in many respects. Oil-producing nations such as Saudi Arabia and other Persian Gulf states as well as the oil industry are still resisting it (the Saudis came up with the ludicrous idea that forests somehow “endanger food security”).

Hopefully, the grim scenario presented in the Carnegie study will wake some people up as they start to understand the significance of a famous prophecy, attributed to the Nēhiyaw (Cree) People of Canada: