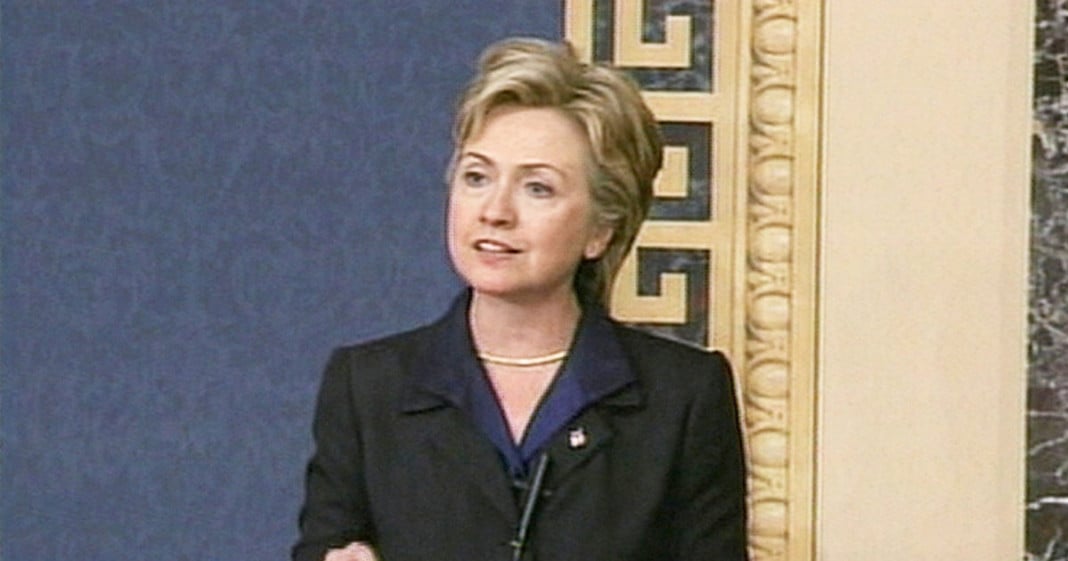 “This is probably the hardest decision I’ve had to make, but I cast it with conviction.”

So said Senator Hillary Clinton in 2002 when she voted for the war in Iraq. In the years since the war, with an overall decision from Americans that it was a massive mistake, Hillary has apologized for the role she played in sending Americans to a pointless war.

Her actions betray her hawkish nature, and even today she continues to put forth ideas which reinforce the idea that Hillary is out for blood, and as a president, would barely hesitate to send your children to war if she felt it were important or lucrative enough.

Hillary may try to make people believe that everyone voted for the war or that she was somehow forced to, but the fact that neither President Obama nor Senator Bernie Sanders voted for the war proves that Hillary was just engaging in warmongering-as-usual.

Can we really depend on her to keep America out of unnecessary wars, especially with the looming threat of ISIS?